The results of the class of 2022 pupils who took the West Africa Senior Secondary Certificate Examination (WASSCE) have been hailed as the greatest in the previous eight years by President of the Republic Nana Addo Dankwa Akufo-Addo.

“six (6) years on following the implementation of the Free Senior High School policy, which has guaranteed a minimum of Senior High School education for 1.7 million Ghanaian children, the highest such enrolment in our history, I can state, without equivocation, that I am very proud of the policy and of its results thus far” President Akufo-Addo said.

On Saturday, December 3, 2022, the President spoke at the Opoku Ware Senior High School’s 70th anniversary celebration. He stated that the third class of “Akufo-Addo graduates” WASSCE results from 2022 reveal that 60.39 percent of pupils scored A1 to C6 in English, up from 51.6% in 2016. 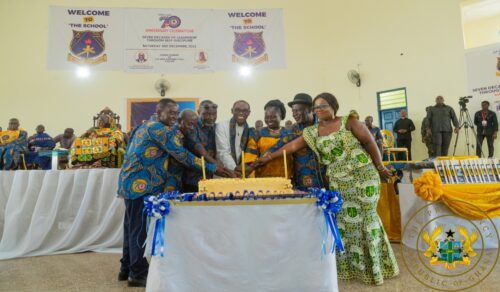 “Lest we forget, the 2021 batch of students, who also obtained very commendable results, were the pioneers of the double track system, which elicited a lot of vilification and unfounded criticism on its introduction,” he stated.

The President Akufo-Addo added, “The 2022 results are the best of the last eight (8) years. Surely, there can no longer be any controversy about the validity of the Free SHS policy and its consequential measures. It is working, and working well.”

In his speech, President Akufo-Addo informed the audience, which included the Asantehene, Otumfuo Osei Tutu II, and the Chairperson of the Council of State, Nana Otuo Sriboe II, that history and the experiences of developed nations have demonstrated that investing in youth education and skill development is the most effective way to build an opportunity-rich society and, thereby, secure the future of our country.

This, he said, is because “it is the people of Ghana, Ghanaians like you and I, and especially the youth of today, who are going to build Ghana. Without an educated populace, we cannot transition from the status of a developing to a developed nation.”

It is for this reason, President Akufo-Addo stated that, in spite of the economic difficulties confronting our nation, “Government has devoted even more resources for the running of the Free SHS policy. From a budget of GH¢2.3 billion in 2022, a 28.6% increase has been applied to this year’s budget for Free SHS, i.e., GH¢2.96 billion.”

Just like he did at the Farmers’ Day Celebration, the President called on all Ghanaians, in these difficult times, to support the fiscal measures that the Government has proposed to enable us achieve the goal of restoring macroeconomic stability and promoting inclusive growth, whilst protecting the poor.

“I am optimistic the policies outlined in the 2023 budget will go a long way to address the economic challenges with which we are faced,” he added.