At Akokoamong in the Ejisu Municipality, police in the Ashanti Region have detained 21 foreign people who are thought to be illegal immigrants.

The individuals were turned over to the police for further investigation after a coordinated action by members of the neighborhood who claim to have been watching their suspicious behavior for months.

Mohammed Ali, one of the community leaders, claimed that they were responsible for the foreigners’ detention because they consider them to be a security danger and as a result, want the appropriate authorities to look into their business practices.

To satisfy the nation’s security demands, the Ghana Immigration Service (GIS) has pushed for closer coordination across all security services.

The GIS claims that Ghana’s open borders are a serious security threat to the nation. 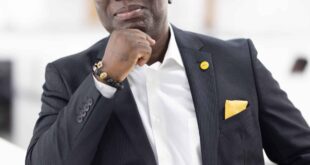 MTN Business Campaign shows how it gets #Businessdonebetter