Yesterday, to mark the 10th anniversary of the passing of the late Professor John Evans Atta-Mills, the third president of the Fourth Republic, President Nana Addo Dankwa Akufo-Addo lay a wreath at the renovated “Asomdwee Park” in Accra.

Wreaths were also placed on the former President’s tomb by the Atta-Mills family, the Methodist Church, traditional leaders, the Diplomatic Corp., and the Atta-Mills Institute.

After a brief illness, President Atta-Mills passed away on July 24, 2012.He passed away while serving as Ghana’s president. 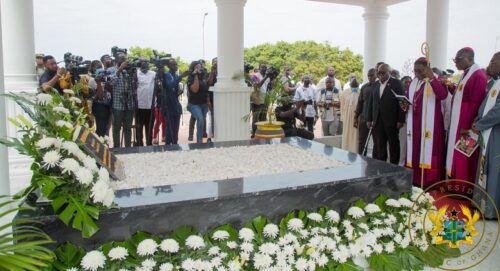 The launching of an infrastructure project by the government should naturally be a happy occasion, and should evoke a display of pomp and pageantry in celebration of the task achieved, according to President Akufo-Addo, who spoke at the ceremony. 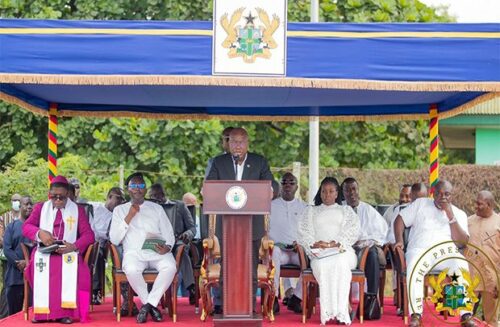 But this moment is not one of those typical occurrences.

The death of the third President of the Fourth Republic, Prof. John Evans Atta-Mills, was a really awful event that we had never witnessed and hope would never happen again in our history, certainly not in our lifetime. This event took place exactly ten years ago.

President Akufo-Addo claims that he was a classmate of the late president at the University of Ghana. They both played on the same university football team and were residents of the same hall, Legon Hall.

“As fate would have it, we ended up belonging to and leading different political organisations. We contested the presidency in 2008, and even though some will say it does not count, I won the first round and he won the second round, the round that really mattered. I was looking forward to a third round in 2012, when the Almighty called him home on 24th July 2012,” he enhanced. 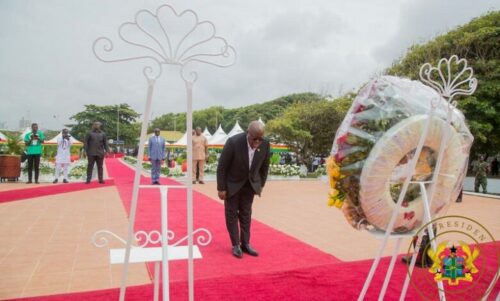 The President mentioned that he learned of the deplorable situation of Asomdwee Park sometime after taking office, and that in 2020, the late President’s enthusiastic communications director, Koku Anyidoho, who oversees the Institute bearing his name, asked for government assistance to restore the park.

“I agreed, and, subsequently, I instructed the Coastal Development Authority to undertake a thorough rehabilitation of the Park, with the close co-operation of the Institute,” he said. 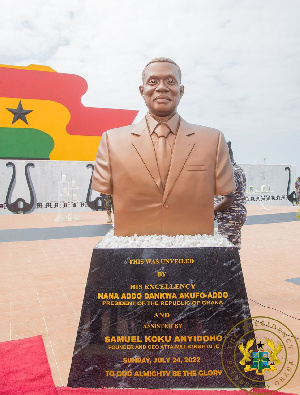 President Akufo-Addo continued, “It was not right that the park had been allowed to deteriorate considerably over the years since his burial in 2012, and I am happy that it was under the Presidency of Nana Addo Dankwa Akufo-Addo, allegedly his ‘fiercest critic’, that Asomdwee Park has been elevated to a status befitting the final resting place of a President of the Republic of Ghana.”

The President explained that he did so not to exploit or take advantage of any so-called divisions in the National Democratic Congress, stressing that “those alleged divisions are not of my making, and do not, in any way, inure to my benefit.”

He also addressed the “unfortunate accusations” levelled by some against Government about the supposed desecration of the tomb of the late President in the process of rehabilitating the Park. 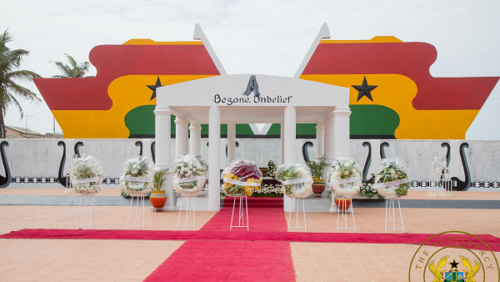 “Nothing could be further from the truth, and it is good to note that these false, malicious statements have been firmly dispelled and debunked by the Coastal Development Authority, through the agency of its CEO, Mr. Jerry Ahmed Schaib, in a public statement under his hand,” he stated.

President Akufo-Addo reiterated his heartfelt sympathies to Ernestina Naadu Mills, the late president’s former first lady and spouse, to her family, the National Democratic Congress, and the people of Ghana “for their enormous loss,” adding that “the man from Ekumfi Otuam would not be forgotten.”

Samuel Koku Anyidoho, the founder of the Atta-Mills Institute, praised President Akufo-Addo for his dedication to transforming the park into an appropriate resting place for a former President. 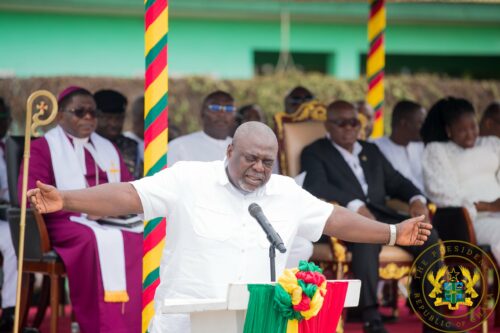 Mr. Anyidoho paid tribute to the late President and called him a brilliant leader whose legacy would endure for years.

In a sermon delivered at the event, Most Rev. Dr. Paul Kwabena Boafo, Presiding Bishop of the Methodist Church of Ghana, emphasized the importance of Ghanaians living in peace and harmony.

He argued that the late President was a living example of peace and exhorted politicians to develop the skill of conducting political debate in a climate of goodwill and mutual respect.