On Friday, November 11, 2022, arguments and misunderstanding erupted inside the Regional Elections for Youth and Women Organizer wings of the National Democratic Congress in the Ashanti Region.

During the process, there were fisticuffs exchanged.

There is disagreement among the applicants for the job of youth organizer about whether or not TEIN participants should cast ballots.

Confusion hampered the procedure just as voting was about to begin after the party overturned a previous injunction on the process.

The injunction, according to several TEIN of the NDC members who protested at the polling place, is also intended to prevent the TEIN presidents and women’s commissioners from casting ballots. 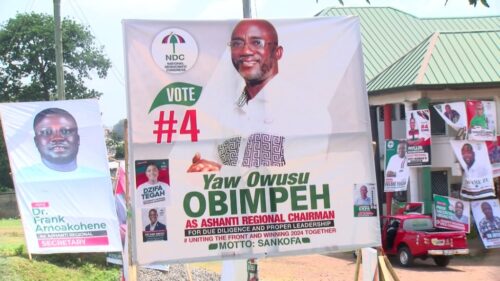 According to the president of TEIN at Wesley College of Education, any attempts to deny presidents and women’s commissioners of the Network their constitutional right to vote in regional party elections would be fought vehemently.

When the National Democratic Congress holds elections in the Ashanti Region starting on Friday, 61 candidates will be running for various executive positions. 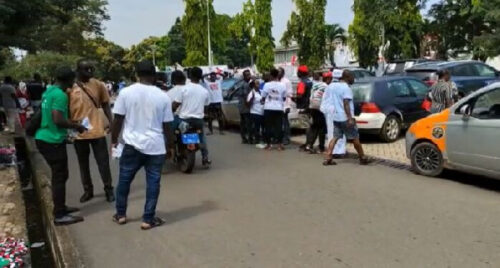 Three individuals are vying for the position of Regional Chairman, including incumbent Augustus Nana Akwasi and previous Chairman Yaw Obimpeh.

This weekend, the Baba Yara Stadium will host the NDC executive elections for the Ashanti Region.

Nuru Hamidan, chairman of the elections committee, asserts that the party is ready to address issues that surfaced during the constituency elections.

According to him, security will not be compromised in the electoral exercise.

“Sixty-two aspirants successfully went through vetting at the NDC Ashanti Regional office but Sixty-one candidates are ready to battle it out at the Baba Yara sports stadium-Kumasi. One candidate has officially withdrawn from the race”.

Previous Ignore false reports; my bodyguard is alive not killed – Mireku Duker
Next Stop protecting Ofori-Atta; he is less significant than 30 million people – Lecturer to the Majority