Over 76 unlicensed foreign currency dealers operating in the “Black Market” have been detained by the Ghana Police Service and the Bank of Ghana.

According to the Central Bank, the distress action is one of several steps being taken to prevent the cedi from further decline.

It is anticipated that they will be prosecuted.

The rapid devaluation of the local currency in comparison to the dollar and other important foreign currencies is allegedly caused by “Black Market” sellers.

Adjoa Konadu Torto, the Bank of Ghana’s head of the foreign exchange bureau, said in a media interview that the operation would continue in other regions of the nation in the following days.

However, she argued that people who support the operations of “Black Market” operators are as guilty in court.

The police detained the more than 76 offenders for prosecution.

The nationwide special operation will continue.

According to her, the operation’s goal was to crack down on people and organizations that were trading in foreign currency without a Bank of Ghana license and in contravention of the country’s foreign exchange laws and regulations. 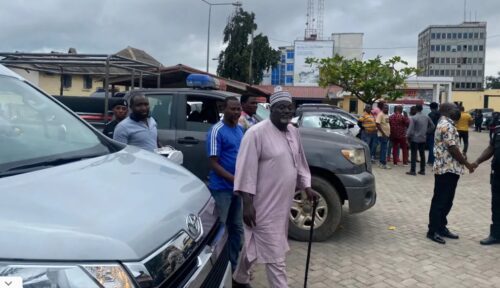 She issued a warning to the general public urging them not to engage in unlicensed, illegal foreign exchange trading.

“The general public must always trade with the Bank of Ghana licensed foreign exchange (forex) bureaux. Accordingly, the Anti-Money Laundering ACT, 2020 (Act 1044) as amended instructs all bureau customers to insist on their electronic receipts by providing the acceptable valid ID, the Ghana Card, to cover the buying and selling of all foreign currencies”, she stated. 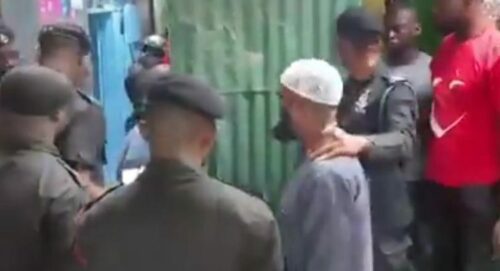 The Bank’s overarching plan to clean up the foreign currency market included this special operation.

Other measures being implemented include increased public awareness campaigns and media engagements to inform the public about forex rules and regulations, including the need to avoid the “Black Market,” as well as enforcement of compliance from licensed foreign exchange bureaux, particularly with the taking of customer identification (Ghana card) and issuance of an electronic receipt for every forex transaction.

Previous EC wants to rig 2024 elections for NPP with new C.I – NDC claims
Next Police arrest Chief in connection with the death of a ‘student nurse’ at Mankessim