Due to suspected ghost names in the constituency album, several National Democratic Congress (NDC) members in the Suame Constituency in the Ashanti Region damaged the party office.

The members who are upset claim that their names have been removed from the album and substituted by those of unknown people.

One of the people whose names are absent from the album is Suraj Mohammed. 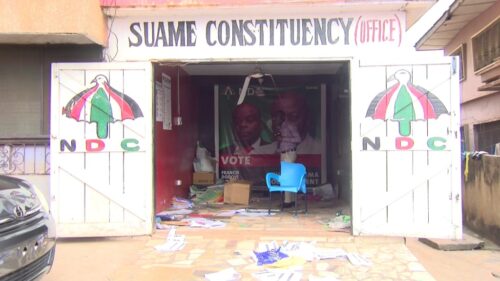 According to allegations, names of party members in roughly 21 branches may have been changed, excluding them from voting in the constituency election scheduled for Saturday, October 22.

Despite their petition to regional leaders, their complaint has not been resolved.

At the party office’s entrance, the effects of their actions are evident. 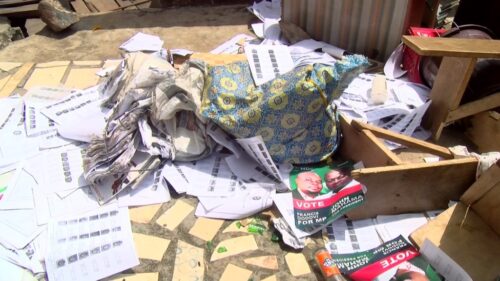 Party records, including some aspirants’ forms bearing their embossed images, have been destroyed.

Suraj claims that their intent in taking this step is to indicate to national and regional officials that a quick fix is needed.

Other victims from various party branches inside the constituency vented their ire at party executives for neglecting to address the issue. 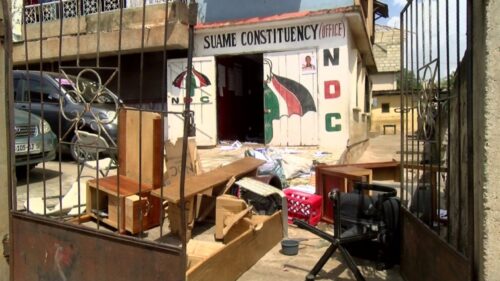 A petition from the victims from the 21 branches has been received, according to Musah Mohammed, a member of the election committee at Suame.

He claims that although party officials have made action to remedy the issue, the victims remain impatient.