On Thursday, September 29, 2022, a shooting spree a la Rambo took place in broad daylight in Asaman Tamfoe in the Eastern Region.

A viral video showed heavily armed gunmen shouting orders and firing at a parked SUV with their assault weapons and handguns.

16 people have now been detained by the police in connection with the shooting rage.

A local anti-galamsey task group and some others who were allegedly illegal miners got into a fight.

According to the police, actions are being taken to apprehend the remaining suspects and seize any more weapons they may be carrying.

A viral video of the event, according to the police administration, is being examined as part of the investigation. 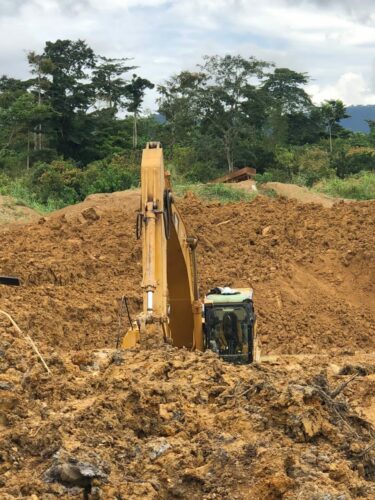 The police declared in a statement on Friday, September 30, 2022, “We would want to ensure the public that all the other culprits will be apprehended and brought to justice.” 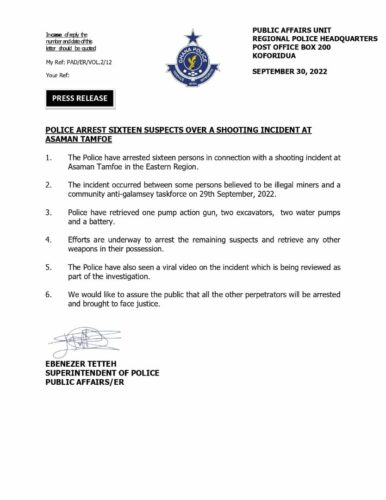