On Friday, October 28, 2022, the KABAKA Foundation officially opened an elegantly furnished office building for the Kwahu-Nkwatia Divisional Police Command in the Kwahu East District of the Eastern region.

A number of programs and life-altering activities are being launched by Nana Owiredu Wadie I Nkosuohene of Nkwatia through his social intervention foundation in Kwahu Nkwatia and elsewhere.

In order to increase security in the area, Nana Boamah Ayirepe iii, Kwahu Nkwatiahene, presented the police with the key to a brand-new 44 pickup from the 2022 model on behalf of the KABAKA foundation. The truck will be used to help patrol the Nkwatia enclave. 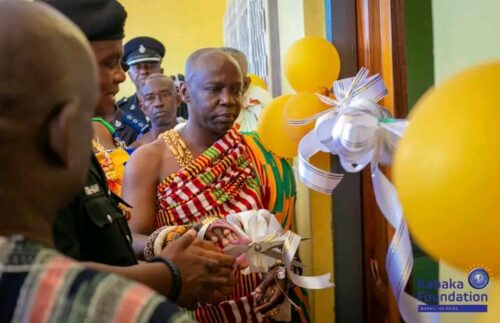 Speaking on be half of the IGP, Dr. George Akufo Dampare, the regional commander again commended Mr. Oppong Boanu for his foresight to create Nkwatia Divisional Police Command for which reason they gathered on Friday.

In addition to using infrastructure as a foundation for their work, DCOP Anderson Fosu Ackah stated that officers would continually engage the public in the areas as their visibility increased to deter crime. 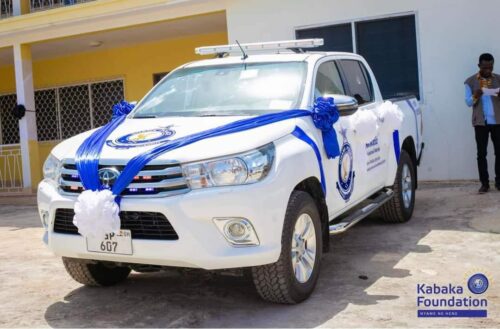 The regional commander also praised Kwahu Nkwatia Nkosuohene, Nana Wadie, for the headquarters building and gave his staff the assurance that they would use it to strengthen local law enforcement and keep citizens secure. 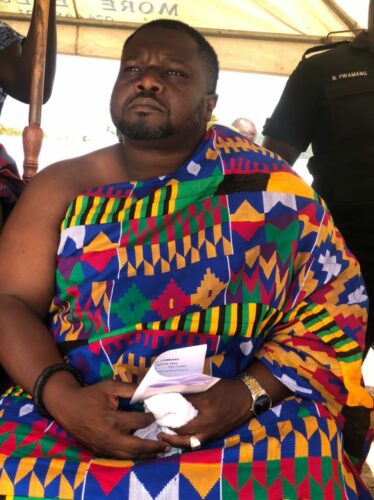 Mr. Henry Lartey, the KABAKA foundation’s executive director, explained to Kaakyire Kwasi Afari that the foundation is more interested in addressing societal issues that the majority of Ghanaians, particularly those in the Kwahu region, face, such as education, health, sanitation, and social intervention.

Mr. Henry Lartey reveals that the headquarters building, furnished by KABAKA foundation was necessitated upon a request from the Chiefs and elders in Nkwatia to get a befitting venue for the creation of the new Divisional Command. 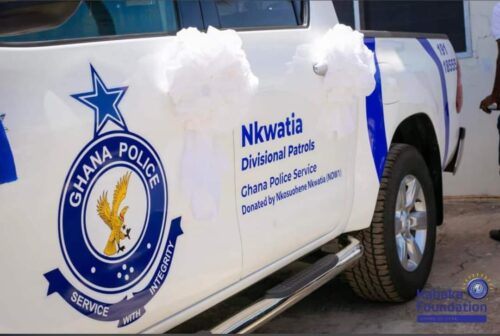 He believes the Divisional Command will coordinate and have oversight responsibility of the operations of District police commands in Kwahu-Nkwatia.

For his part, Nana Agya Yeboah Asuamah the Mawerehene who represented Kwahu Paramount Chief bemoan about the wanton destruction of lives and property by Fulani Herdsmen. 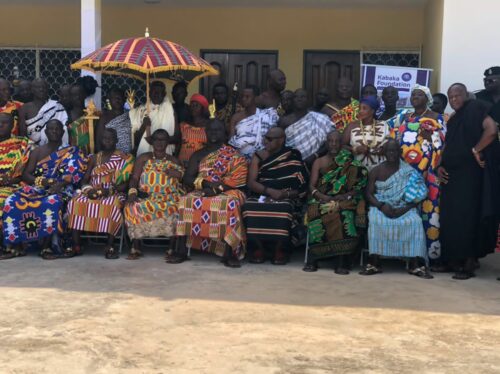 According to the Chief, the havoc caused by cattles and their activities calls for stringent actions from the police in Kwahu.

Nana Agya Yeboah Asuamah said that, sometimes they are attacked by the herders if they as much as question their activities therefore, he charged the police to work tirelessly to prevent other cases like rape and robbery in the area.

However, he commended the Akufo-Addo administration for constructing a cattle ranch to minimize the incessant clashes between Fulani herdsmen and indigenous people of Kwahu Afram Plains. 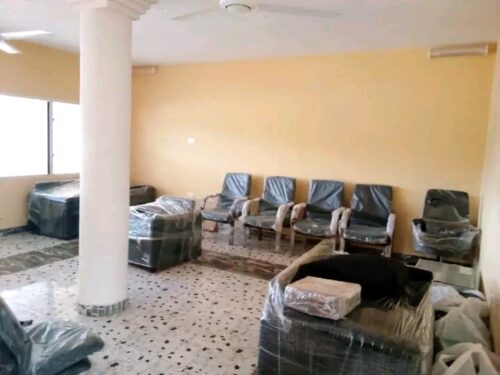 In a side-by-side interview with journalist Kaakyire Kwasi Afari of Afeema FM, Nana Adwoa Gyemfua iii, the Queen Mother of Kwahu Traditional Area, made a plea for locals to provide information to the police so they can crack down on crime.

The Queen Mother emphasized that Kwahu has been designated as a tourism center in Ghana and urged the security authorities to take additional steps to improve security at the area’s many tourist attractions and foster a secure business environment.

Fighting crime is a shared responsibility, hence the public is expected to provide the police with reliable information to assist weed out criminals from Kwahu, according to Nana Adwoa Gyemfua III.