Police refute the GSS, CHRAJ, and UNODC surveys as most corrupt organization.

In response to a study by the Ghana Statistical Service and other organizations that found the police force to be the most corrupt organization in the nation, the Ghana Police Service has released a statement.

The Police stated that they have major reservations about the study and its conclusions and have asked the researchers to respond to ten questions including why some institutions were left out of the study while others were grouped together despite carrying out distinct responsibilities.

The Police administration attempted to discredit the study by claiming that the service is passionate about it because “the continuous empirically and scientifically unsubstantiated labeling of the police as the most corrupt institution in the country only goes to feed this perception and damage the reputation of the Police Service as well as weaken the morale of its person.” The statement was signed by the Inspector General of Police (IGP), Dr. George Akuffo Dampare.

The statement continued, “As we have all now come to realize, perception tends to be more powerful than reality, therefore we have no choice but to communicate our opinion on this topic.

The statement’s details are as follows: 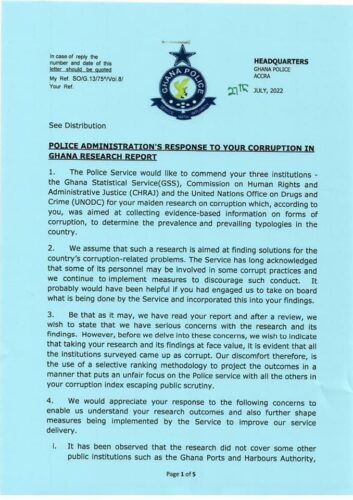 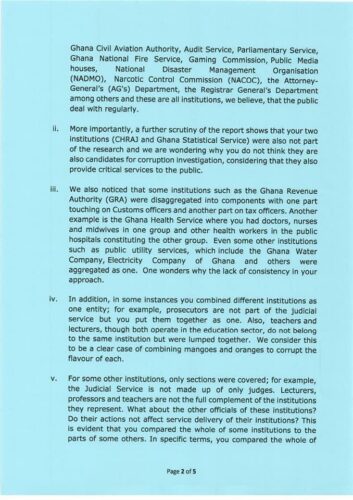 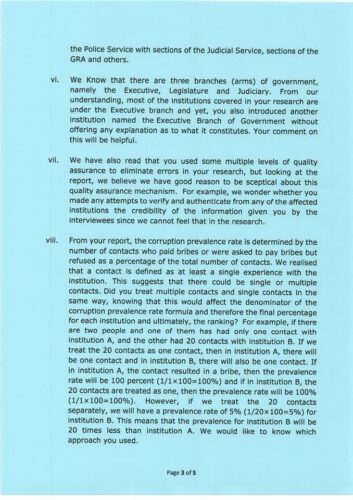 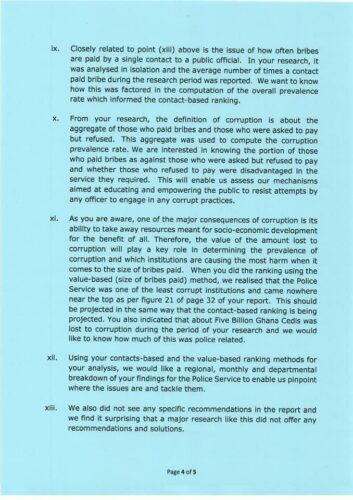 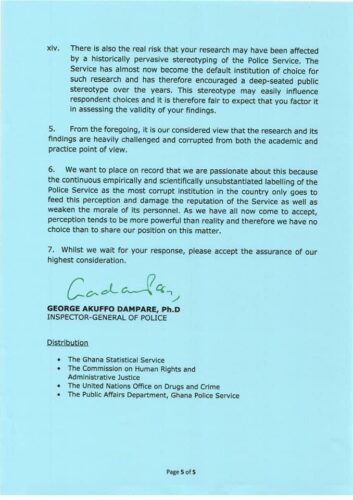