For the avoidance of doubt, Dr. Mahamudu Bawumia has never explicitly stated that he opposes the IMF’s capacity to play a worldwide role.

The NDC under John Mahama was seeking an IMF bailout at the time of his remark on March 24, 2015, although there were preventable reasons for doing so.

Despite significant borrowing resulting to fiscal indiscipline, you don’t run to the IMF merely because you are unable of solving the Dumsor problem; in fact, that was exactly what Dr. Bawumia was alluding to in March 2015.

Below are the explanations and justifications for the statement made by Dr. Mahamudu Bawumia on 24th March, 2015 against Mahama going to the IMF for bailout:

But the government was unreceptive.

If they had heeded wise counsel from the World Bank, IMF, and CSOs on how to successfully handle the Dumsor crisis, control reckless borrowing for the payment of judgement debts, and prevent less profitable projects from leading to fiscal indiscipline, the reasons why John Mahama went to the IMF in 2015 would have been avoided.

Mahama’s obvious disregard for the wise counsel of the World Bank, IMF, International Credit Ratings, and CSOs resulted in the local economy’s crippling, prolonged Dumsor, the collapse of firms and industries, and the collapse of the banking and financial sectors.

However, in 2022 under Akufo-Addo’s Government it is not Dumsor or reckless borrowing or fiscal indiscipline that is sending Ghana to the IMF. It is rather the adverse impact of COVID-19 and Russia-Ukraine War, and the determination of Akufo-Addo’s Government to protect its flagship policies including over 2.2 million Ghanaian children who are enjoying Free SHS/TVET.

Yes, it was true that when World Bank, IMF and CSOs cautioned Mahama’s administration about the scale of reckless borrowing they said “Yentie Obiaa” and they kept borrowing to pay judgement debts including that of Woyome, and also undertook unprofitable policies such as guinea fowl, SADA project, bus branding etc. while prudent solutions were still lacking to address Dumsor which was killing the Ghanaian economy.

Again, Akufo-Addo’s administration tried to utilize an opportunity of US$1 billion syndicated loan from some foreign banks but NDC Members of Parliament used their numbers to undermine such initiative.

Akufo-Addo’s Government thereafter set up a Committee with the membership of Alan Kyerematen, Yaw Osafo-Maafo, Dr. Owusu Afriyie Akoto, Daniel Botwe, Cecilia Abena Dapaah, Kwaku Ofori Asiamah and Kojo Oppong Nkrumah. This Committee reviewed, assessed and engaged critical stakeholders on the mitigation measures that were introduced by Akufo-Addo’s Government to minimize the impact of the global economic crisis on Ghanaians and report same to Cabinet for the necessary steps to be considered as to whether to go to the IMF or not after the insufficiency of the revenue target of E-levy.

It is therefore illogical for anyone to judge the competence and integrity of Dr. Mahamudu Bawumia under these circumstances with his statement he made on March 24, 2015. At the time such statement was made there was nothing like global economic crisis caused by COVID-19 and Russia-Ukraine War.

Explanation and Justification of Bawumia’s Statement

Is that the case of Akufo-Addo’s Government in 2022? Certainly Not.

The economic reality of Ghana in 2022 are not caused by mismanagement, reckless borrowing and fiscal indiscipline. World Bank, IMF and Credit Rating Agencies all affirmed to the narrative of the impact of global COVID-19 and Russia-Ukraine War.

Is Akufo-Addo’s Government only listening to the IMF? Certainly Not.

In order to quicken the economic recovery of Ghana, Akufo-Addo’s Government may still rely on its homegrown policy such as E-levy to complement the support from the IMF.

Therefore, the equalization of incompetence tag that John Mahama and NDC is desperately seeking to have with Dr. Mahamudu Bawumia because of his 2015 statement has completely fallen down flat.

John Mahama going to the IMF in 2015 was completely AVOIDABLE if they had earlier listened to sound advice from World Bank, IMF and Co.

Akufo-Addo going to the IMF in 2022 is completely UNAVOIDABLE due to the late passage and implementation of E-levy caused by the resistance of John Mahama and NDC Members of Parliament. 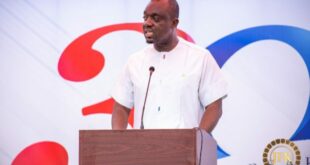 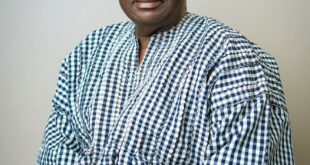 “Even if one person is contesting for NPP flagbearership slot, it is going to be me”- Boakye Agyarko 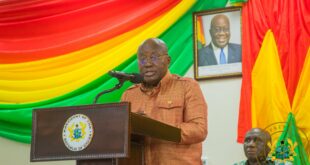 Spread the love In response to widespread calls for him to reshuffle his appointees, particularly …