“Unemployment to worsen due to freeze on employment, debt restructuring” – Ato Forson

Dr. Cassiel Ato Forson, the ranking member of the Parliament’s Finance Committee, predicts that the ongoing debt restructuring will result in significant job losses in the financial industry.

The Ajumako lawmaker stated in a Facebook post that among other things, the anticipated layoffs will also impact projects with foreign funding.

He also anticipated that the effects of the debt restructuring and a variety of highly strict fiscal and monetary policies would cause Ghana’s economy to experience one of the lowest non-oil GDP growths.

“The health of the banking industry, local enterprises, and individuals are anticipated to suffer as a result of the haircut on domestic bonds and Eurobonds!

Additionally, the government’s foreign-financed projects would be abandoned as a result of the bilateral debt restructuring, he added.

The MP predicts that the cedi would surely drop further between January and June before a potential IMF board approval in the second quarter of 2023.

“The government’s gold for oil policy will not have a significant influence on the price of petroleum products,” the government stated. “Inflation is expected to be over 30% for the majority of 2023.” 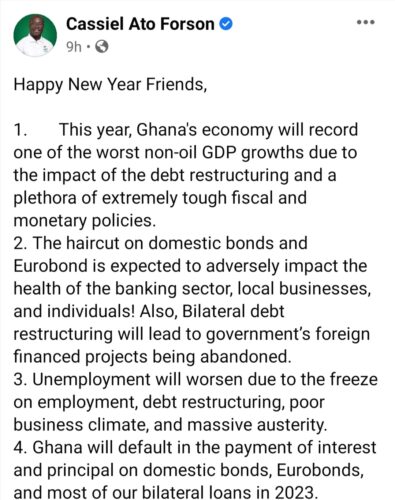 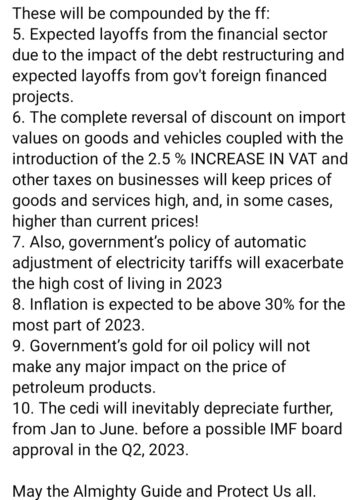 Previous Barker-Vormawor to appeal the convictions for the treason crime
Next President Akufo-Addo donates Ghc 100,000 to support the National Cathedral’s construction