Wontumi re-elected for the 3rd time

The Ashanti Regional Chairman for the New Patriotic Party (NPP) Bernard Antwi Bosiako popularly known as Chairman Wontumi has been re-elected for the third time.

Chairman Wontumi earlier served as constituency chairman for Bosomtwe before becoming Regional Chairman in 2014, won his re-election bid in 2018 after his contender Robert Asare Bediako step down for him to go unopposed at Ejura and has been retained to lead again from 2022 to 2026.

They were five contestants vying for the regional position in Ashanti.

Wontumi polled 464 votes against that of his closest contender, Chairman Odeneho Kwaku Appiah (COKA), who got 306 votes and entered the chairmanship race, having served as constituency chairman for Afigya Kwabre South for 20 years. Robert Asare Bediako got 20 votes, former deputy Minister for Roads and Highways and Member of Parliament(MP) for Ejisu Constituency Hon Kwabena Owusu-Aduomi got 9 votes whiles  Kofi Adum Bawuah got only 3 votes. 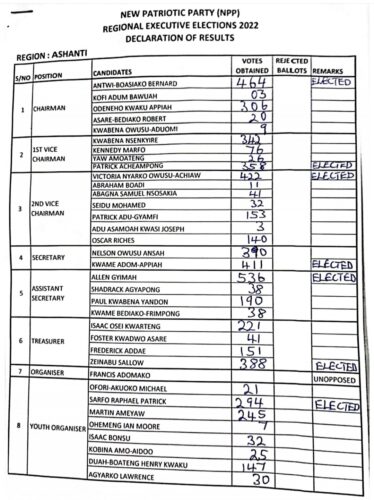 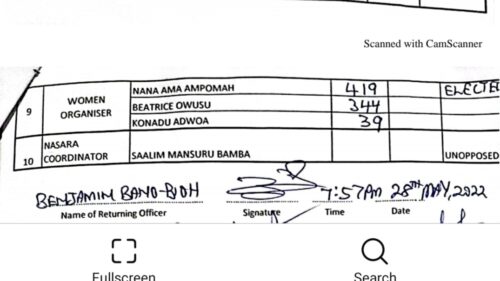