6 auto repair shops burned to the ground in Ashanti

At Dadiesoba in the Ashanti region’s Asokwa Municipality, a fire has destroyed six mechanic shops.

Additionally, the fire that broke out on Tuesday, September 20, 2022, destroyed four automobiles.

The firefighters were able to contain and put out the fire by responding to distress calls and preventing it from spreading. 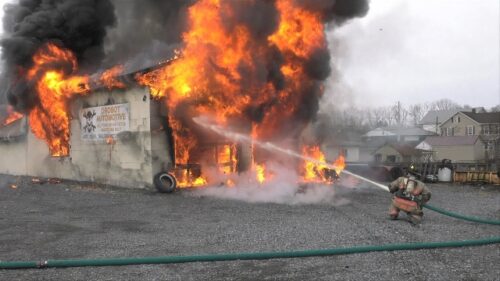 According to DOIII Peter Addai, the regional public relations officer for the Ghana National Fire Service, the fire was started by welding work on a fuel tank in one of the shops.

According to Mr. Addai, the mechanics attempted to douse the blaze, but it quickly outgrew their control and spread extensively. 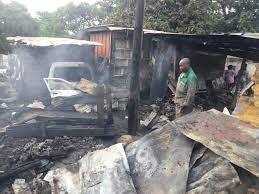 He claimed that after receiving distress calls at 10:42 am, the Metro Fire Station firemen acted quickly to bring the fire under complete control.

There were no casualties reported.