The vice president of Ghana, Dr. Alhaji Mahamadu Bawumia, has received commendation from the chief of the Ejura Traditional Area, Barimah Osei Hwedie II, for launching a GH15 million water supply project for villages in the Ejura-Sekyedumase Municipality of the Ashanti Region.

The chief claims that Dr. Bawumia promised government involvement after learning that residents in Ejura have limited access to high-quality water.

In keeping with Dr. Bawumia’s words and initiatives, the government has started developing an ultramodern water supply for the people of Ejura through the Community Water Technology Agency.

More than 41,000 people in Ejura Township and the surrounding communities are to receive clean water as a result of the project, which is being funded by the Government of Ghana with assistance from a German bank.

The water supply project is a component of government initiatives to improve access to potable water and sanitary conditions in the area. It is anticipated to provide over 10,000 cubic meters of water per day to Ejura households. 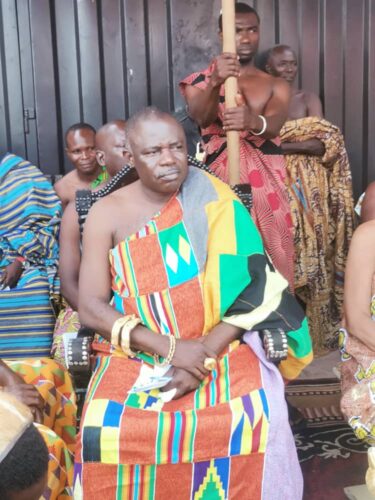 He was especially appreciative of Dr. Alhaji Mahamadu Bawumia, vice president of the Republic of Ghana, for consistently releasing projects to aid the nation’s general populace, particularly Ejura inhabitants.

“Their administration has touched virtually every sector of the Ecomony as far as Ejura residents are concerned and will forever be indepted to their exceptional leadership “he stated. 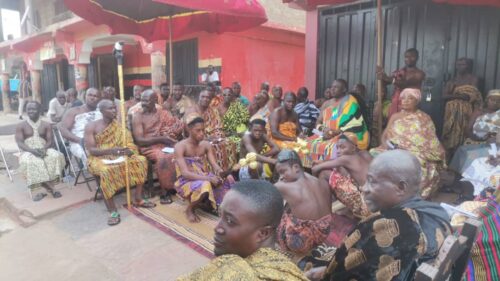 However, according to Barimah Osei Hwedie II, the citizens of Ejura built a water supply system 20 years ago that hasn’t been functional for a number of reasons, making it difficult for people to acquire drinkable water.

“Due to these difficulties as well as considerable increase in population growth, the traditional council has teamed up with government

to construct a befitting water supply system to meet water demands of Ejura Township and its surrounding communities”. he said

He continued by saying that by advocating for the development of this significant water supply project, Dr. Bawumia has had an unfathomable impact on the lives of the people of Ejura.

He reaffirmed the determination of his traditional council to hasten the development of Ejura Communities.

However, he urged everyone to help the project succeed by lending their support.

For his part, Hon. Dr. Kingsley Osei, Municipal Chief Executive for Ejura-Sekyedumase, stated that the project is expected to offer water to 41,000 people with an average daily need of roughly 10,000 cubic meters of water.

He said that the project will include a high-tech office building for facility managers, 51 kilometers of distribution and transmission pipelines, 40 standpipes, 12 mechanized boreholes, and one high-level tank once it is finished.

He was confident that the initiative would raise people’s living conditions and encourage excellent cleanliness in the neighborhood.

He pleaded with the recipients to ensure the longevity and safety of the infrastructure.