This evening at 7:45 pm in Apatrapa, a saloon Saturn with the license plate “AS 1318-17,” driven by a woman, trespassed and crashed into the wall of a food seller.

No casualties were reported, however the tragedy left one person hurt and many other objects ruined.

Speaking to the business’s owner, Madam Tina, she said that while they were inside selling to clients, the aforementioned automobile burst through the wall before they could react. 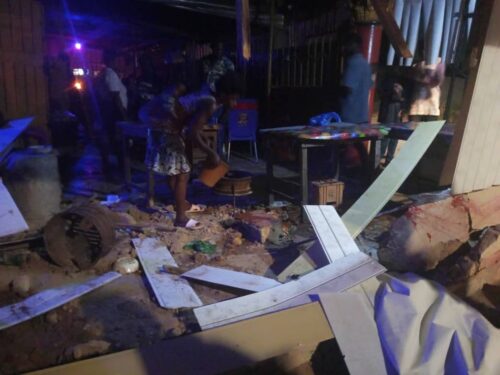 She went on to praise God for everyone’s safety at the scene at the time of the occurrence and mention that the girl who was hurt was a waitress there.

Madam Sarah Owusu, a waitress who also works there, verified in an interview that just one person was hurt and was taken to the “well point” hospital nearby. 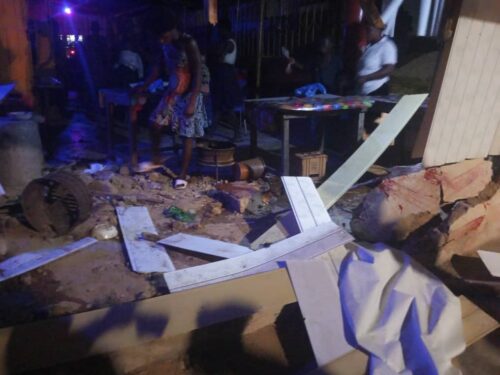 She continued by saying that several items, such as soft drinks and alcoholic beverages, as well as all other items, such as meats and food supplies for tomorrow, had been destroyed.