The GHS1 coin now has improved security measures according to the Bank of Ghana.

The enhanced GHS1 coin will be put into circulation starting on Monday, December 12, 2022, according to a statement from the central bank.

According to the BoG, the coin has a coat of arms on the front and a scale of justice on the reverse, identical to the current GHS1 denomination.

The improved GHS1 coin has an inner silver layer and an exterior gold layer.

The coin features a noticeable rough edge and a latent picture that appears below the Scale of Justice on the back in the shape of a rectangle.

When tilted, the latent picture transforms from a star that is radiating to a sign for the One Ghana Cedi that is sandwiched between two stars.

Up until the previous coin is gradually removed, the improved and existing GHS1 coils will co-circulate. 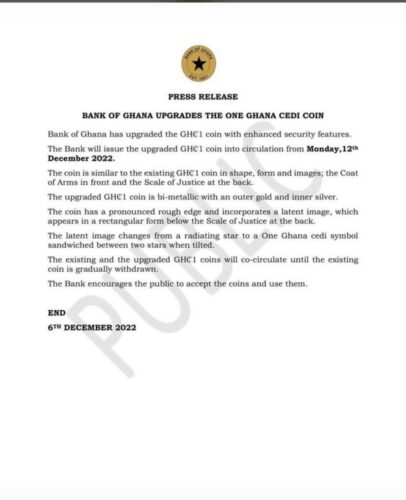 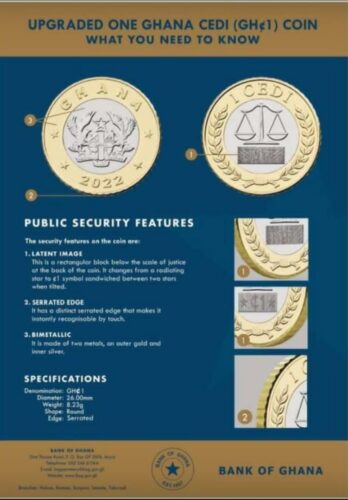