The famed Chinese galamsey queen was arrested thanks to information from other Chinese citizens, according to the first prosecution witness in the Aisha Huang trial, who testified before the High Court in Accra.

During cross-examination, the witness, Assistant Superintendent of Immigration Reuben Ransford Aboraborah, admitted before the Criminal Court 5 division of the High Court that he had no personal information on Aisha Huang that had been independently verified by him.

Concurrent allegations against the Chinese illegal miner include operating mining activities without a license, returning to Ghana while it was forbidden to do so, and hiring foreigners without a licence.

Read the witness statement below: 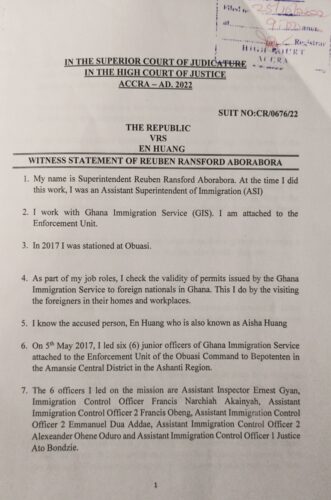 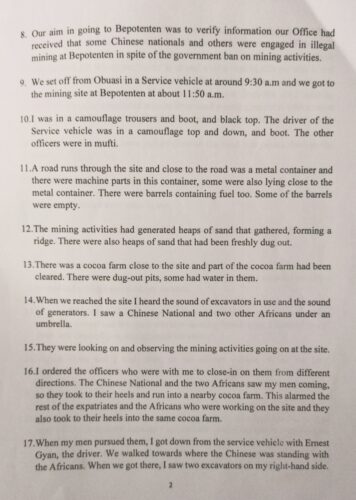 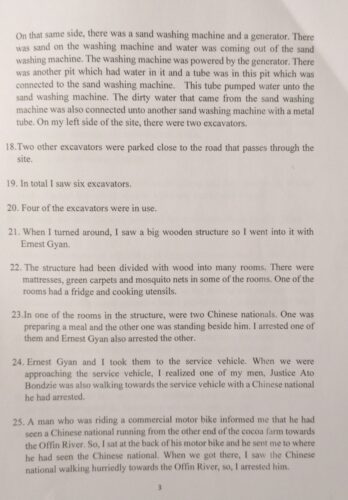 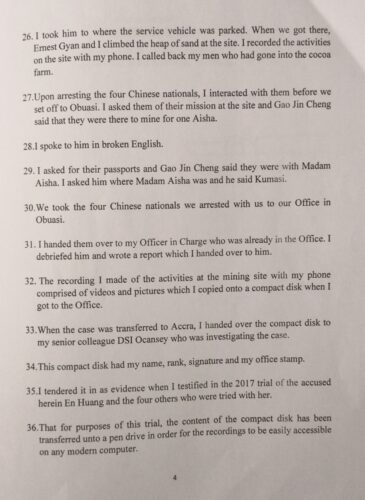 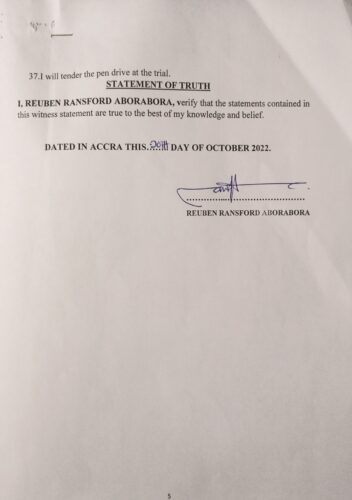 The second prosecution witness is scheduled to testify on November 14, therefore the case has been postponed.

The State already declared that it had 11 witnesses scheduled for the High Court case.

The director of public prosecutions, Yvonne Atakorah Obuobisa, has also intimated that the witnesses will provide a variety of audio-visual evidence.