Commonwealth Parliamentary Association Presidency; Automatic position not by elections there must be a limit to propaganda

I have read in some news portals, including graphiconline.com, that Ghana’s Speaker of the 8th Parliament of the 4th Republic, Rt Hon Abban Sumana Kingsford Bagbin, was unanimously elected as the President of the Commonwealth Parliamentary Association at its just ended Conference in Halifax, Nova Scotia, Canada. This narration is factually inaccurate. It smacks more of propaganda than the truth.

Let’s Get The Facts Right

A simple check on the Association’s website would confirm that the elections conducted at Conference, held last month, between August 20th and 26th, 2022, in Helifax, Nova Scotia, Canada, was in respect of the Chairman which was unanimously won by Hon Ian Liddel-Grainger, MP, UK; the Vice Chairman was won by our own Hon Osei Kyei-Mensah-Bonsu, MP, Ghana (Africa’s candidate who also won unanimously). The Treasurer position was won by an Indian MP with 17 votes against 7 and 2 respectively by two other contestants. I also gathered that, the Commonwealth Women’s Parliament (CWP) had earlier elected Hon Zainab from Nigeria as its Chairperson.

The Commonwealth Parliamentary Association (CPA) is registered as Charitable Organization under the laws of United Kingdom.

My investigations have revealed that Some members, particularly those from the CPA Africa Region were of the view that the status of the organization be changed from that of a charitable organization to an International organization similar to that of UN or the ILO.

The Genesis of Ghana’s 2023 Hosting Right

My curiosity revealed that Ghana had, then, been persuaded by CPA Africa Region to host the 2020 edition of the Conference after Canada which had indicated to host after the 2019 event in Kampala began to prevaricate.

I gathered that, Canada which was scheduled to host the Conference (after the 2019 event in Kampala, Uganda) could not assure to host in 2020, citing domestic challenges. Ghana, then represented at the Executive Committee by Osei Kyei-Mensah-Bonsu indicated after the necessary consultation to host it in 2021 since 2020 was an election year for Ghana.

Some critical decisions were to be taken at the next Conference and that might explain why Africa leaned on Ghana to host. These happened in 2019 when Professor Oquaye was the Speaker of Parliament. Since the next host, in line with the CPA Constitution, automatically becomes the President of the Conference, the Speaker of the next succeeding country’s Parliament, Prof Mike Oquaye, then assumed the position of Vice President.

The COVID years of 2020 and 2021 prevented Canada from hosting the Conference until August 2022. In the lead up to that Conference in Canada, the Speaker of the Canadian Parliament was the President of the impending event, and since Ghana was the next in line, the Ghanaian Speaker was the Vice President.

Immediately the Conference closed in 2022, the Speaker of the next host country, Ghana, in this case Rt Hon Alban Bagbin, was ‘introduced’ as the next President. A reliable source has indicated that Speaker Bagbin was even not in the Conference Hall when his name was announced. It was never through any of his lobbying skills.

The succeeding host country after Ghana is Australia. Accordingly, the Vice President of the Conference is the Australian Speaker. Again, no election is involved in that one as well. And these are verifiable facts.

I have taken time to explain all of these, and to set the record straight,  because news portals serve as reference points for researchers, students, and citizens alike, with taste for authentic knowledge acquisition.

I don’t want to believe that the incorrect reportage which is traceable to Rt Hon Bagbin’s office is meant feed into the ego of the man who insists that he is No2 Citizen in place of the Vice President. Perhaps, he now wants to portray himself as the President of the Commonwealth and, by that, the No 1 Citizen ahead of the President of the small country called Ghana.

Let me reiterate that these facts are on the website of the Commonwealth Parliamentary Association. There must be a limit to propaganda.

The Commonwealth Parliamentary Association is currently under the leadership of Hon Ian Liddel-Grainger, ably assisted by Hon Osei Kyei-Mensah-Bonsu. 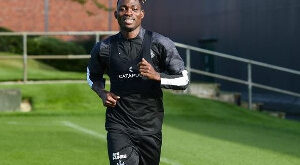