Her Majesty embodied the genuine definition of selfless and devoted devotion right up until the very end.

Dr. Bawumia posted on Facebook, “May Her Majesty’s soul rest in peace. 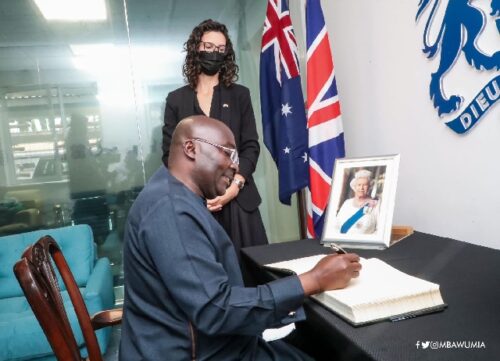 At her castle in the Scottish Highlands, Balmoral Castle, the Queen passed away on Thursday, September 8, 2022.

She ruled for 70 years, making her the longest-reigning British monarch.

Other prominent people have added their signatures to the condolence book, including President Akufo-Addo, the Speaker of Parliament, state ministers, and chiefs.