On the Ejura-Nkoranza route, the Ejura Traditional Area in the Ashanti Region has started to demolish a noteworthy hideout for infamous criminals.

In the Ejura-Sekyedumase Municipality, a group of young men with chainsaws were seen down cashew trees and clearing a patch of jungle that had been identified as a hiding place for seasoned criminals to conduct terrible crimes. The group was led by the Ejurahene, Barima Osei Hwedie II.

In an interview with Ghanatodayonline.com reporter Jacob Agyenim Boateng on Saturday, December 11, 2022, the Chief of the Ejura Traditional Area, Barima Osei Hwedie II, explained that they decided to clear the area in response to a recommendation from some security experts regarding the recent armed robbery cases on the highway. 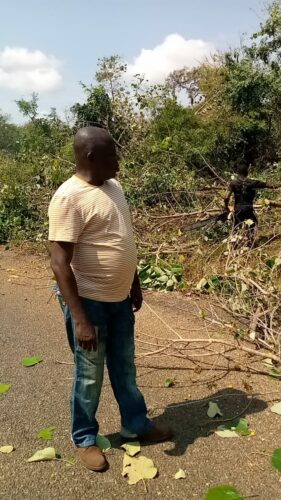 “The traditional authority has recieved information from our residents that the area is been used as a hideout for armed robbers, and upon consultations with security experts we agreed to clear the area”.

“This form one of the many pragmatics measures the traditional authority, security agencies and stakeholders in the Ejura-Sekyedumase Municipality are rolling out to curb the incessant armed robbery attacks in the area”. He said. 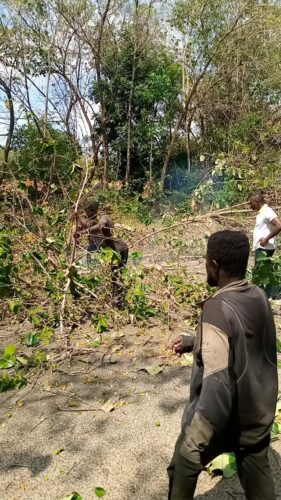 To assist maintain peace and security in the neighborhood, the Chief of the Ejura Traditional Area, Barima Osei Hwedie II, has also taken charge of the construction of a police station at Miminaso No2.

The action comes in response to requests made to the traditional authority by residents of Mimonaso No. 1, Mimonaso No. 2, Nyameb3kyer 3, and Ebuom to assist stop recent armed robbery incidents that resulted in the death of one police officer nearby. 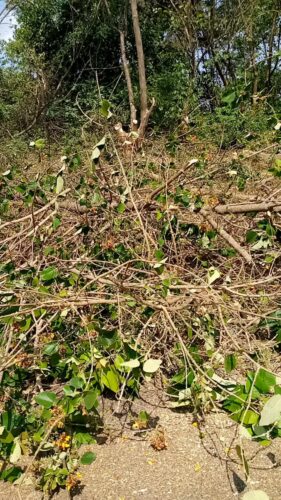 After receiving the calls, Barimah Osei Hwedie II went to the neighborhoods and learned that a police station initiated by the Ejura District Police Command had been abandoned due to budgetary difficulties.

The chief took over the building project right away, bearing the full expense of the police station. He then gave the traditional council the go-ahead to finish the building and furnish it for the police officers as soon as possible.

The Ejura Traditional Council has also made plans to supply security agents with petrol so they can conduct continuous patrols in the neighborhoods.

Barimah Osei Hwedie II, director of Nana Osei Kwadwo Ansebie II, the Nifahene of Ejura Traditional Area, will meet with all fuel suppliers to discuss how the traditional authority can get much cheaper fuel for the security agencies to use for their efficient operations.

Resourcing state security services in the region, according to the chief who has sworn to defend his citizens from armed robbery attacks and other criminal activity, is one of the ways he plans to accomplish his objectives.