The reports indicate that the students took to the streets and blocked the road but the police tried to disperse a crowd of the students when they were demonstrating using tear gas thereby leading to at least 30 students collapsing. 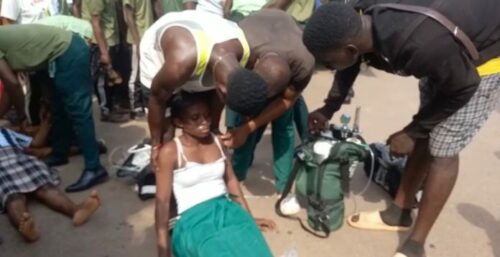 One of their teachers is reported to have been knocked by a speeding vehicle last week which sparked Monday’s demonstration.

Some of the students also confirmed that the police also splash pepper spray at them during the course of the protest. 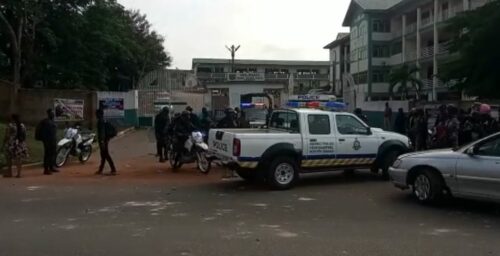 Some parents rushed to the school only to find their wards unconscious. The ambulance team swiftly came to the school and could be seen about 5 Ambulances busily trying to resuscitate the unconscious students. 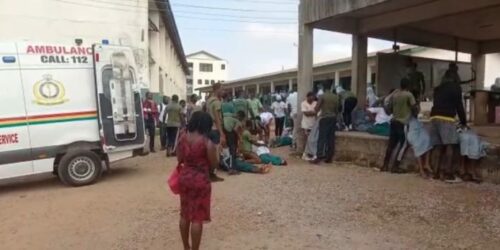 Reports indicates that four of the students who are in critical conditions have been taken to the Komfo Anokye Teaching Hospital(KATH) Emergency Unit and are responding to treatment but 26 have been discharged.

It is believed that the tear gas and shock was the reason why most of the students went unconscious.