Judges and magistrates are urged not to be swayed by detractors

Judges and magistrates are being urged by Chief Justice Kwasi Anin-Yeboah not to let public criticisms affect how they carry out their responsibilities.

The Chief Justice replied, “Your duty is to administer justice and preserve the rule of law regardless of public clamor.”

President Akufo-Addo described the current criticism of the court as unjustified attacks that need to be denounced.

Justice Anin-Yeboah also stated that criticism of the judiciary must be constructive at the 2022 General Meeting of the Association of Magistrates and Judges. 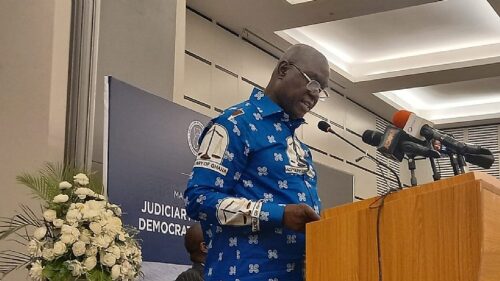 “As the saying goes, you will not value what you have unless you lose it. On this line, the consequence of losing what you have, in terms of our justice system, will be unthinkable.”

Alfred Tuah-Yeboah, deputy attorney general, who was present at the occasion, blamed the recent attacks on the judiciary to what he called some media outlets’ slanted coverage of court proceedings.

In order to ensure fair reporting, he therefore pleaded with the media to work with the legal system.

This partnership will surely guarantee that the general public has access to accurate and fair information.

Mr. Tuah-Yeboah stated that “public perceptions of the judiciary are frequently tainted by misinterpretation of decisions and judgments of the court.”