The Police arrested several protestors at the demonstration by pressure group after the stones destroyed some of the vehicles of the Police Service. 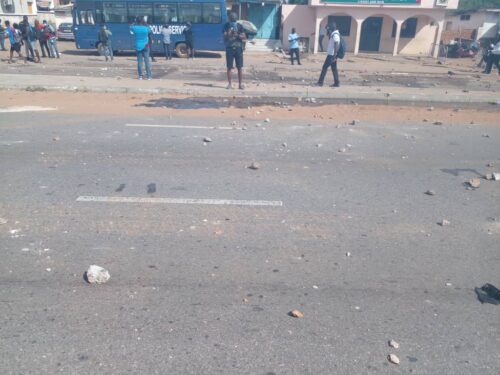 The overall number of arrests is yet to be made acknowledged by the Police Service. 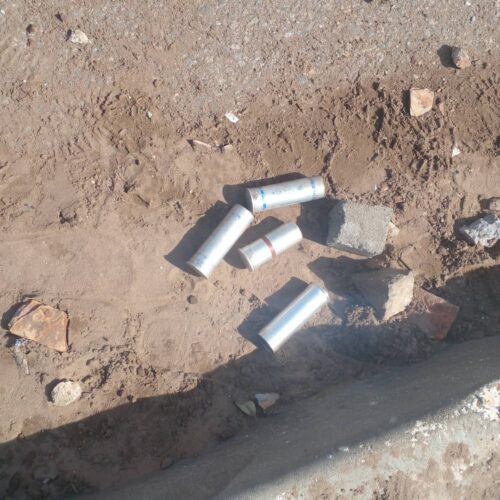 The demonstration grew to become violent after organisers of the demonstration and the police disagreed over the routes to use. In addition to the tear gas, police additionally answered to the protestors with their water cannons. 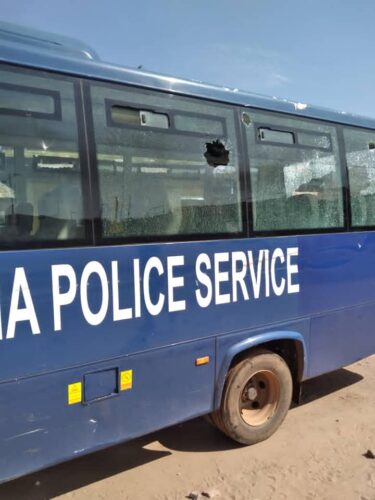 The organisers of the protest resolved to occupy the precincts of the Kwame Nkrumah Circle fountain over the disagreements with the Police. The police have been insisting on implementing the orders of the court for the protestors to transport through Farisco through TUC to Independence Square.

Police have said they were attacked and said the protestors’ “behaviour is unacceptable and must be condemned.”

The Ghana Police Service have described as “shameful and unacceptable” attacks on some officers deployed to protect Arise Ghana demonstrators in Accra today, Tuesday, 28 June 2022.

The Police said they were only there to protect the demonstrators but they [demonstrators] have turned around to attack them, hurting them in the process.

“What a shame, we were there to protect you and ensure your safety, but you throw stones at us, injure and hurt us. This behaviour is unacceptable and must be condemned,” the Police posted on Facebook.