Leverage on technology to explore your business – Professional Photographers told

On September 21, 2022, at the Koforidua branch of the Ghana Union of Professional Photographers, Mr. Samuel Osei Sarkodie, a guest speaker at the event, spoke to Kaakyire Kwasi Afari, a journalist for Afeema FM. 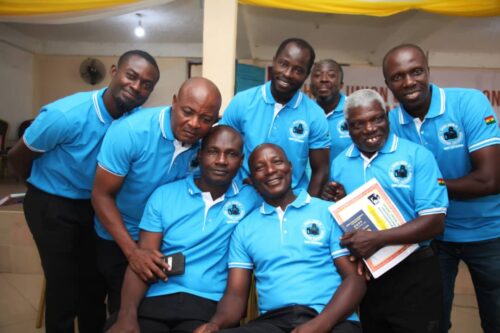 A photographer who utilizes cutting-edge technology, according to the young entrepreneur, would generate additional prospects and cash to support his expert career.

According to Samuel Osei Sarkodie, the world has entered a period of digitalization in which new technologies can offer an alluring foundation for expansion, innovation, and differentiation. Because every profession is changing, it is crucial to use technology to improve one’s skills and advance one’s career.

As far as the photography industry is concerned, the Constituency Youth Organizer also suggested that with the correct tools, photographers can adjust to their changing customer service needs and commercial needs.

The greatest approach for the Union Members to plan for the future, particularly in terms of money, is through budgeting, he stated.

He cautioned that, in order to estimate their earnings and expenses and assure their continued profitability, individuals or a group must create a thorough budget before attending an event they are asked to shoot.

Mr. Sarkodie charged them to also ensure proper branding especially, their dressing to occasions and adopt partnering with event organizers to reach out to more customers at their areas.

According to Mr. Halm Abgadza, secretary of the Koforidua Union of Professional Photographers, the organization is getting ready to open a training facility to educate and train aspiring young photographers.

In order to create jobs for the unemployed youth in Koforidua through Technical, Vocational Education Training, the theme for the event was dubbed “The role of skills development in Ghana’s TVET Agenda”.

Halm Abgadza denied that social media and smartphones’ ability to take pictures have any negative effects on their business, pointing out that there is a big difference in quality between competent and inexperienced photographers.

Previous Nkrumah is a “Leader of Independence,” not the country’s founder – Nana Akomea
Next Phone dealer shot and killed at Ohwim