On September 17, 2022, at the AGA School Park in the Obuasi West Municipality of the Ashanti Region, the late Hon. A.B. Boadi Mensah, a former member of parliament for Obuasi, was laid to rest with his family in the presence of the majority leader and minister for parliamentary affairs, Hon. Osei Kyei-Mensah-Bonsu.

Between January 1997 to January 6, 2004, Hon. A B. Boadi-Mensah represented the Obuasi Constituency in parliament as a member of the New Patriotic Party. 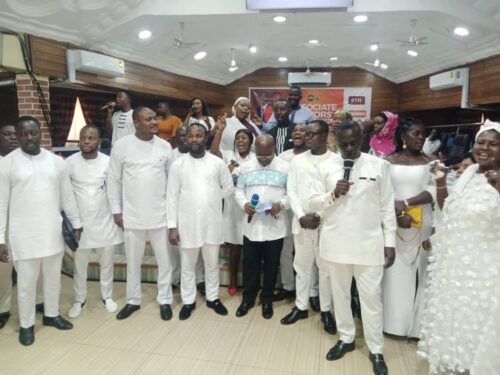 Earlier, the President of the Republic, H.E Nana Addo Dankwa Akufo-Addo who served in Parliament with the late Boadi-Mensah, together with the Vice President and the Chief of Staff had made a total donation of Ghc12,000.

In total, the New Patriotic Party donated Ghc30,000 towards the funeral of our departed brother and member.