General Secretary of the New Patriotic Party (NPP) Lawyer Justin Kodua Frimpong (JFK) has caution a Pro Alan group who had planned to organize a health walk coming Saturday in the Ashanti Region to put a stop to it or face the wrath of the party.

The Ashanti Regional Chairman, Bernard Antwi-Boasiako, also known as Chairman Wontumi, and all serving officers are being warned by the National Executives Committee (NEC) of the ruling New Patriotic Party not to support any of the party’s presidential candidates in the race to take the party to the general elections in 2024.

The National Executive Committee (NEC) has been made aware of a video that is circulating in which Mr. Bernard Antwi-Boasiako is seen openly endorsing one of the party’s presidential candidates, according to a statement dated August 5, 2022 and signed by the general secretary of the party, Justin Kodua Frimpong.

According to the statement, the General Secretary invited Mr. Antwi-Boasiako and spoke with him on the necessity for party officers at all levels to stop engaging in such behavior.

JFK in an interview with the host of Otec FM flagship programme in Ashanti Region dubbed Dwaberem, Prince Nii Ade (Dr Cash), explained that they don’t want to repeat the party’s mistake in 2008 during the presidential primaries.

“The party in its wisdom directed that that no party official should support and candidature so, I’m only working under that directives and code of conduct clause 1which states that, Members, supporters, sympathizers of the party at all levels shall not initiate any gathering counternance as activities or meetings which has the tendancy of promoting of the interest of perspective presidential or parliamentary candidate”

“For the avoidance of doubt prospective presidential or parliamentary candidate shall be held responsible for the action and inaction of any person or a group of persons identified as supporters of a particular candidate which are in futhereance breach of this code of conducts, if the prospective candidate is seen explicitly or insplicitly members support or dondoning not publicly denouncing the activities of anysuch person” Mr Kodua Frimpong stated.

He therefore urged the party supporters to help him as a General Secretary to bring back the love of the party.

The NPP newly elected executives will be in the capital of Ashanti Region Kumasi which is the stronghold of the party for thanksgiving service this weekend.

Read the programme outline for the party below: 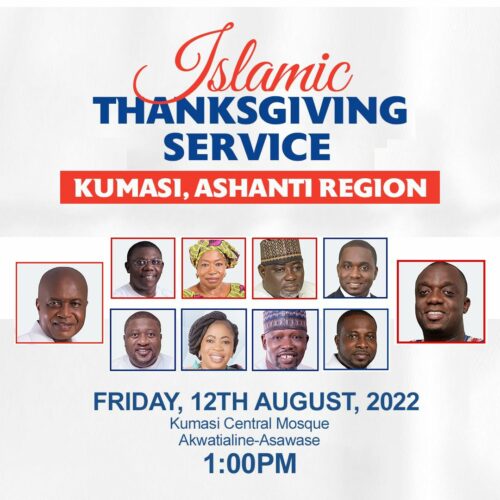 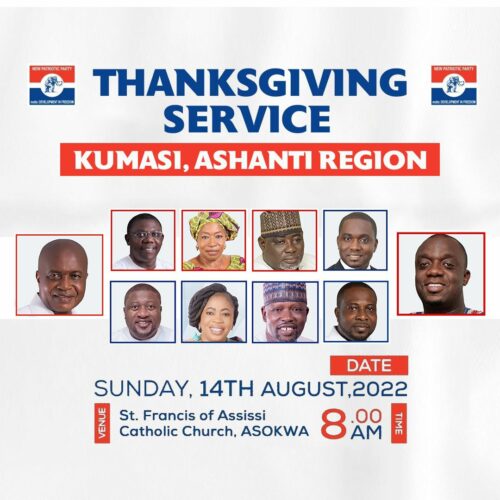 Previous Fitch downgrades Ghana to ‘CCC’ from ‘B- ‘
Next Ghana’s inflation hits 31.7% in July