Parts of Kumasi flooded again after hours of heavy rain

Following an early-morning torrential downpour on September 28, 2022, some areas of the Ashanti region flooded.

The effects of the rain in Appiadu, Emena, Kotei, and its surroundings were also felt, with many roads becoming impassable due to flooding.

The affected districts were Manso Nkwanta, Obuasi, Asante Mampong, Ejura, Jachie in the Bosomtwe district, and Twedie in the Atwima Kwanwoma district. 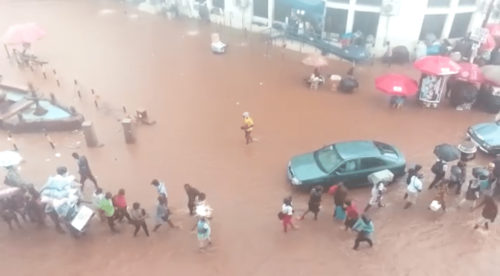 During the rains, those who lived close to large drainage systems and river bodies had to leave their homes.

The early-morning downpour made it difficult for commuters to cross flooded roadways, especially where there was a bridge.

There was a ton of traffic in such places as a result of the prolonged, torrential rains, which lasted for more than three hours. 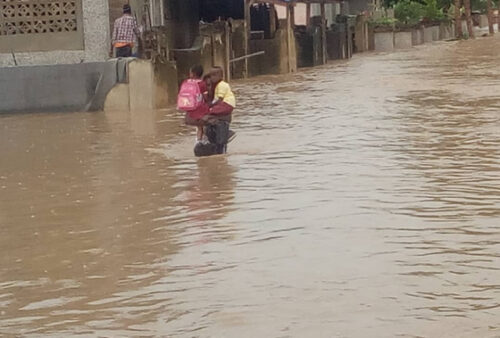 Some incensed citizens accused the city administration of failing to implement development strategic plans in resolving flooding-related problems, which have been a chronic problem.

They blamed the issue on the building of gutters and bridges that were subpar as well as on the authorities’ disregard for their hardship and neglect to oversee projects.

On the morning program “Nyansapo” on Otec FM, a resident of Asawasi expressed dissatisfaction with the “poorly constructed bridge over River Peleele, making it hard to contain strong rain showers.”

Residents of Atafua questioned why the city government did not build a new bridge on the road to save lives and property. 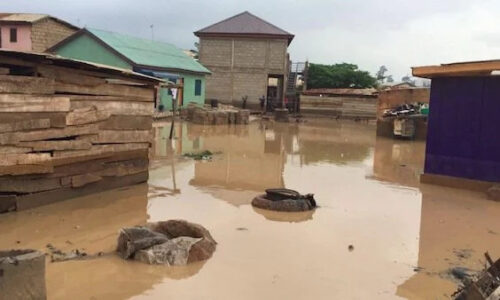 Frank Kwadwo Duodu, the Ashanti Regional Coordinator for the National Disaster Management Organization (NADMO), advised the public to anticipate additional rain till the end of September during the morning broadcast.

In order to ensure their safety during the rains, he also advised people who lived in flood-prone areas to migrate to dry land.

The NADMO coordinator also warned them not to construct beside rivers and to stop dumping trash into gutters in order to prevent clogging, which then causes flooding.