The National Communications Authority (NCA) and the Attorney-General (A-G) have been sued by Pressure Group, the People’s Project on the ongoing SIM card re-registration exercise.

The group is requesting that the Supreme Court annul the registration deadline and any accompanying sanctions for failing to register.

It makes the constitutionality of the sanctions an argument.

Following the NCA’s declaration that unregistered sim cards will be disabled, the lawsuit was filed.

The punitive actions, according to Mr. Bandim, are excessive.

given the various difficulties that the Ghana card and SIM card re-registration processes have experienced.

“The National Communications Authority (NCA) must stop acting as a rubber stamp regulator in the communications industry and immediately retract its recently announced harsh punitive measures on SIM card re-registrations.”

It is inappropriate for the NCA to act on that Telecom Chamber statement and begin imposing punitive measures on consumers, disregarding the real issue, which is the difficulty in obtaining Ghana cards.

It’s arbitrary, he declared in a statement. 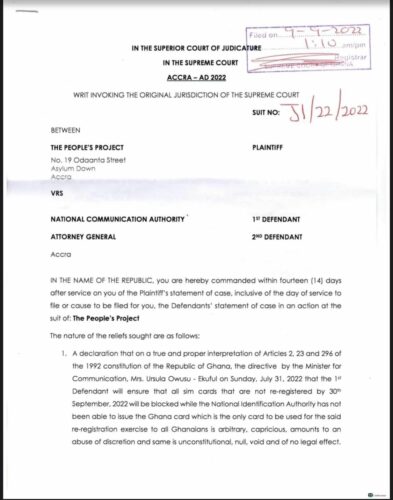 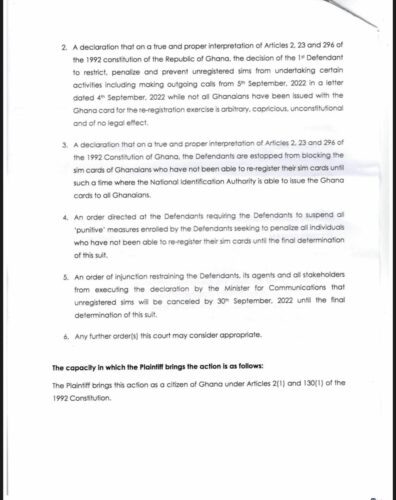 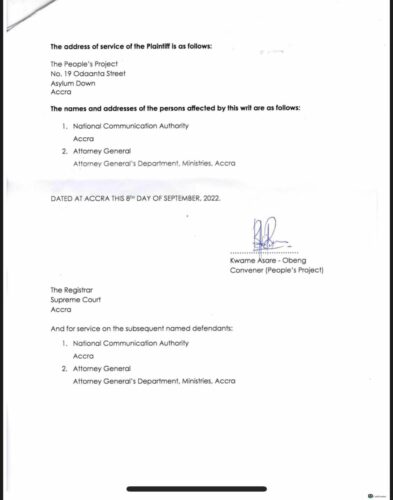