The thirteen megawatt (13MW) Solar Power Project, whose sod was cut in February 2020 by President of the Republic Nana Addo Dankwa Akufo-Addo, has been commissioned by the Volta River Authority.

This serves as another evidence that President Akufo-Addo keeps his commitments.

President Akufo-Addo claims that the Project, which is the initial stage of what will eventually be a 28 megawatt (MW) plant at Kaleo, reaffirms the government’s resolve to further diversify the nation’s energy generation portfolio and boost the country’s share of renewable energy output.

The President stated that the Kaleo Solar Plant, along with ongoing initiatives in the areas of energy efficiency, use of natural gas for thermal generation, adoption of cleaner cooking solutions, and decarbonization of oil production, among others, is assisting Ghana in accelerating the attainment of her Nationally Determined Contributions, as presented at COP26 in Glasgow, in the United Nations Framework Convention on Climate Change. 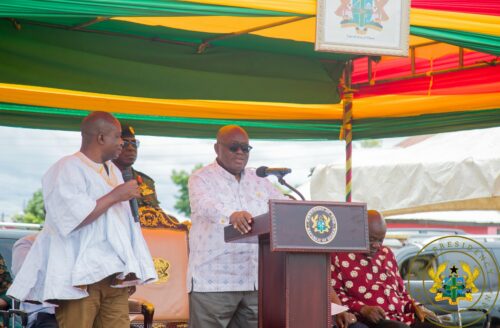 “The Akufo-Addo Government has invested heavily in the electricity transmission network, which will enable us evacuate more renewable energy through the national grid, to support the extension of electricity to all parts of Ghana. For this reason, Kaleo has a dedicated transmission line that evacuates power from the current and future solar capacity at Kaleo to the GRIDCo substation at Wa,” he stated.

President Akufo-Addo added, “At peak sun hours, the Kaleo and Lawra plants can meet the entire load at Wa and its environs. This can make Wa the greenest city in Ghana. The completion of the Kaleo Solar Power Plant is consistent with Ghana’s Nationally Determined Contributions to addressing the effects of climate change.”

With the exception of the Bui Hydro power plant, practically all of the generation assets have been situated in the central and southern regions of the nation since the country began producing commercial quantities of electricity in 1961. 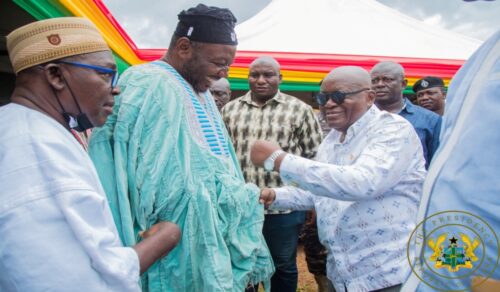 As a result, the President hinted that the government has taken it upon itself to “bring some of these sources closer to the North, so opening up more prospects in our regional development journey” as part of its development trajectory.

He claimed that one of our primary tools for expanding access to power and related projects, notably in the country’s north, has been the Volta River Authority.

“It completed the first solar plant of 2.5 megawatts in Navrongo way back in 2013. Under this Government, we have successfully completed a 6.5 megawatts solar plant in Lawra, which I personally commissioned. Today, we are here signing-off on this thirteen-megawatt (13MW) addition,” he stated.

In addition, President Akufo-Addo informed the crowd that work has already started on a new 15 MW power plant, which is anticipated to be finished in a year thanks to money arranged with the German Development Bank (KFW).

The President noted that the new 15MW plant is employing about 130 people during the construction phase, in addition to the Kaleo Project’s numerous benefits, which include expanding the geographic distribution of power generation assets, enhancing the resilience of the national power system, stabilizing voltage levels and increasing the Upper West Region’s reliability of power supply, and ultimately lowering the nation’s carbon footprint.

“I am glad to note that most of the workers used for some ninety-five percent (95%) of the construction and operational phase are from the nearby communities. The project will serve as a tourism boost for the Kaleo community, and as a destination for educational and technological field trips in the Region. It will contribute to promoting the advancement of science education, engineering and technological activities in this area, and broaden the career outlook of our young people,” he added.

With this project in the community, President Akufo-Addo was expectant that “corporate social responsibility programmes for Kaleo and neighbouring communities will be enhanced by the appropriate authorities in many forms, including, but not limited to, the rehabilitation of the Kaleo D/A Primary School and the provision of furniture and other critical amenities for the school.”