The Legal Aid Fund and the Law Reform Fund have received funding from the President of the Republic, Nana Addo Dankwa Akufo-Addo, and the government, through the Ministry of Finance, in an effort to advance the rule of law in the nation, totaling GH2.2 million.

The President claims that the Fund ought to have started operating about ten (10) years ago, but that hasn’t happened. 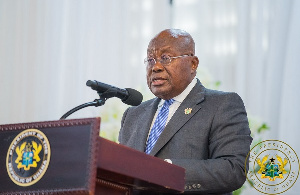 The Law Reform Commission, for instance, only had one vehicle, which it purchased in 1996, but thanks to the Attorney-intervention, General’s in February of this year, the Commission received two (2) new vehicles, bringing its current fleet to three (3).

“Being fully aware of the significance of reform and development of the laws of any country, not only will I launch this crucial Fund, but I will also throw my full weight behind all activities which will result in the mobilisation of additional resources for the work of the Law Reform Commission,” he stated.

Regarding the Legal Aid Scheme, which is required by the Constitution and the Legal Aid Commission Act, 2018 (Act 977), to provide legal services to the poor and vulnerable through legal education, President Akufo-Addo noted that the Commission operates in eleven (11) regional capitals and forty-six (46) districts across the country to administer the Commission’s services.

The Commission, for instance, received a total of 7,558 court cases in the first half of 2022, and only 3,163 (3,163) of them were settled, according to the President, who noted that this was despite the Commission’s staff strength disadvantage. 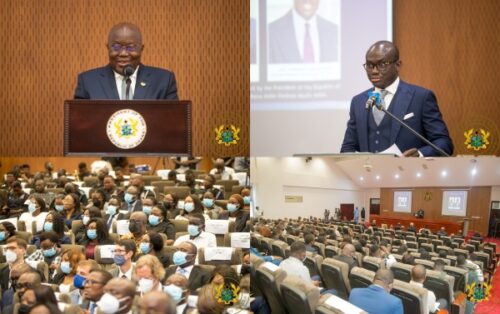 Two thousand, two hundred and thirty-three (2,233) of the four thousand, four hundred and fourteen (4,414) ADR cases that were received were successfully resolved.

He lamented the fact that the Commission’s primary source of funding, government money allotted to it by the Ministry of Finance, was insufficient.

“The current office accommodating the Commission has, in fact, become too small, and literally unfit for the attainment of the objects of the Office. The Greater Accra Regional Office and the Head office, for instance, are crammed together on the ground floor of the Council for Law Reporting building. Until this year, the Legal Aid Commission had only six (6) vehicles, the last of which it acquired in 2007,” Nana Addo said.

He continued, “It is refreshing, again, to hear that, through the intervention of the Attorney-General, Godfred Yeboah Dame, thirteen (13) vehicles have been recently delivered to the Legal Aid office, increasing its number of vehicles from six (6) to nineteen (19). I have noted the critical needs of the Commission. The depressing and deplorable conditions within the Commission clearly point to some essential needs that have to be addressed to help the Commission perform its mandate, and they will be addressed.”

Describing the proper functioning of the law as a vital tool for development for any country, President Akufo-Addo assured that even though the challenges facing the country are many, the promotion of the rule of law is of the utmost importance, and cannot take a back seat, no matter the circumstances.

“It is necessary for Government to lend its support to institutions whose objects promote the cause of the people, institutions such as the Law Reform Commission and the Legal Aid Commission,” he stated.

The President invited all Ghanaians to make generous donations to the Funds in the hopes that the establishment of these Funds will usher in a new, progressive chapter in the life of the two Commissions.

He gave the Attorney General his word that the Minister of Finance will secure better funding for the maintenance of these Funds through the Parliament.

Additionally, he urged the boards of the Legal Aid Commission, which is presided over by Justice Nene Amegatcher, a respected justice of the Supreme Court, and the Law Reform Commission, which is presided over by Anthony Akoto Ampaw, a well-known attorney, to faithfully carry out their duties in managing the Funds in accordance with sections 34 of Act 977 and section 13 of Act 822.