At a ceremony held at the police headquarters on August 15, 2022, President of the Republic Nana Addo Dankwa Akufo-Addo gave the Ghana Police Service 1,500 motorcycles.

The delivery of the bikes is “yet another affirmation of the Akufo-Addo government’s commitment to provide the Police Service with the necessary logistics it requires, to help the Service continue to effect its mandate of maintaining law and order and protecting lives and property,” according to President Akufo-Addo. 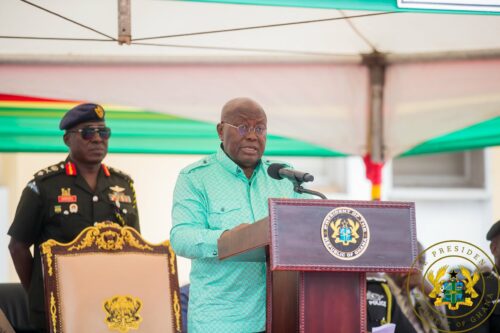 Under the direction of Inspector General of Police Dr. George Akuffo Dampare, the Police Service has started a reform agenda to position it to become one of the best institutions in the nation and a role model for the rest of the globe. 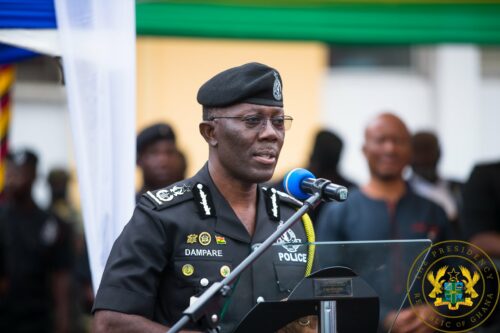 The President stated that this approach, which aims to reestablish public confidence, trust, and respect while strengthening police legitimacy, has the full support of government. 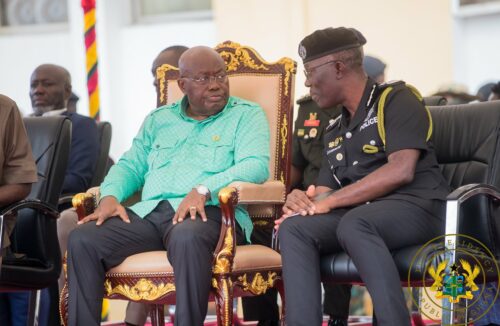 “An institution, such as the Police Service, needs to renew constantly itself in order to respond adequately to the security needs of the country, and I believe Ghanaians are witnesses to the pragmatic steps being taken by the Service in this regard,” he said.

The President added, “Government is very much aware of the efforts being put in place by personnel of the Service, under the dynamic leadership of the Inspector-General of Police and members of the Police Management Board, to intensify targeted operations in communities which, hitherto, were notorious for violent crimes.” 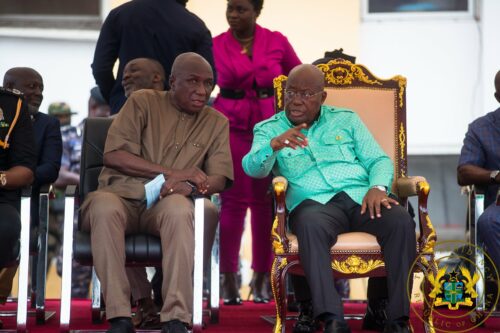 He pointed out that the Service’s ongoing initiative to increase its workforce requirements is essential to the successful implementation of the audacious, strategic initiatives it has initiated to enhance the quality of the services it provides to Ghanaians.

“Government, last year, gave approval for the police to recruit five thousand (5,000) officers. Some three thousand (3,000) of those recruited have passed out, with the remaining still under training. These officers are the first batch of men and women to benefit from the modified police training curricular, which is focused on equipping the police officers with skills in driving, swimming and motorbike riding in addition to other tactical and soft skills,” he affirmed. 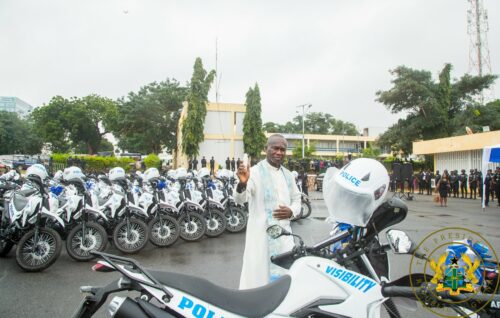 It is for this reason that the President was delighted to handover the 1,500 motorbikes to the Police Service, and further urged the Service to continue doing the good work it is doing to keep all of us safe. 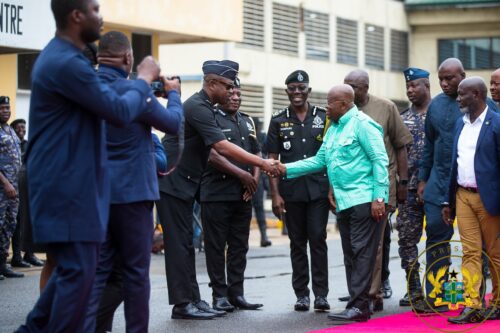 “I am confident that these bikes will be put to very good use, as they will reach the communities who need them the most. I assure the Police Administration that this is just the beginning. More and more motorbikes will come in soon, to help ensure that every single community in the country benefits from the enhanced community policing model. Government will increase the number of motorbikes presented by Government to five thousand (5,000) by the end of next year,” he said. 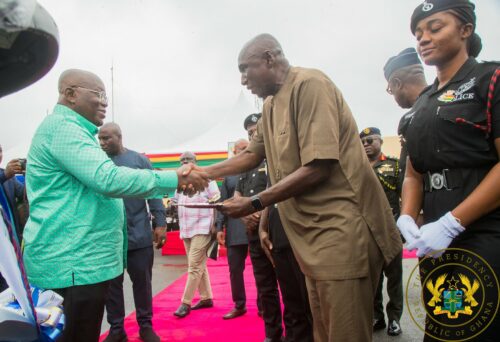 The President urged the Police to show presence, improve their response time, and patrol the streets and the inner cities, after taking over the motorbikes.

“I urge you to help ensure that no community is left out in the distribution of these bikes, even as you prioritise the areas that are most critical. I entreat officers who will use these bikes to take good care of them but, more importantly, to pay particular attention to their safety and the safety of other road users while on the road,” he stressed.

Previous Homowo is a beautiful festival – Bawumia
Next PURC announces 27.15% increase in electricity tariff, 21.55% for water