Some irate residents of Suame and artisans at the Suame magazine in the Ashanti Region have demonstrated against government over the refusal of contractors to resume building works on a stretch of the Suame-Maakro route, which has been left abandoned.

Residents and local workers have emphasized the necessity of authorities fixing the road twice in the last two weeks.

A few months after contractors moved in, the construction activity on the stretch has paused, disappointing the locals. 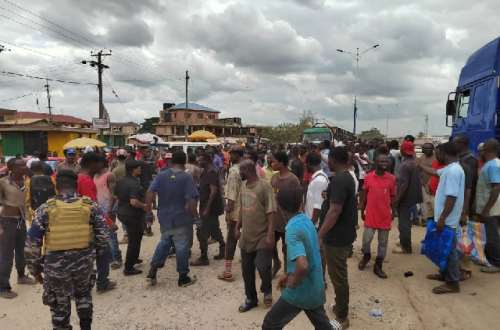 The protest was sparked by a car accident at Breman on Tuesday 12 July, 2022 which killed a taxi driver who attempted to swerve a porthole.

Regular users of the route who took part in the demonstration regret that the road is now even worse because the contractor failed to finish the job.

“Everyone wants progress in their communities, which is why they vote. Although this road wasn’t in horrible shape, the officials claimed they intended to improve it. The road was graded, but no action has yet been taken. Almost four months have passed. The route has acquired a lot of potholes. I even asked one of the people building the road, and he said that they were having trouble obtaining bitumen in the nation. We’ve been waiting for them for some time, but they still haven’t started working again. Even our health has been impacted, complained protester lamented. 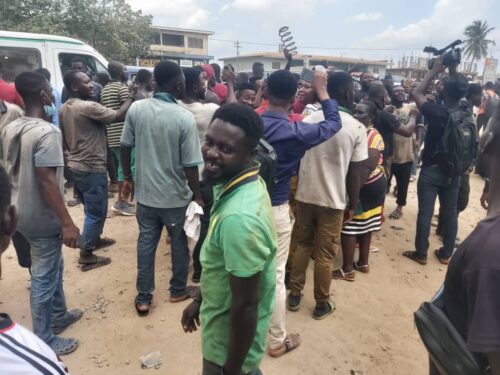 Armed police personnel were deployed to the artisanal hub to clear the blocked highways for a vehicular movement after the demonstrators blocked it with burnt tires etc.

“The Suame magazine staff members are indeed in pain. Here, Kyei-Mensah-Bonsu speaks for us. We gave to them during the election season in order to support them. They simply fool us and pretend to fix our roads during election times. What has Kyei-Mensah-Bonsu accomplished during his time in office? Even the road in his hometown is still unrepaired. We constantly feel let down by them when we vote for them. They take pleasure while we suffer, said protester

“The Ashanti Region’s situation is truly alarming. The region consistently aids the NPP in winning elections, yet once in power, they consistently ignore us. When you know you’re not prepared to fix it, why do you start it and make the condition of the road worse? Our engines are deteriorating due to the dust in this area.In his endeavor to avoid potholes, a driver who was driving a sick person to the hospital perished in an accident.Another protester said, “We are pleading with President Akufo-Addo to pay attention to the Ashanti region.

Hundreds of vehicles on their way from Kumasi to the Bono East and the five northern districts are were stacked due to the circumstance.