The wind of change blowing is unstoppable – Justin Frimpong Kodua

The Chief Executive Officer (CEO) of the Youth Employment Agency (YEA), Lawyer Justin Frimpong Kodua popularly known as JFK has filed his completed nomination forms at the headquarters of the New Patriotic Party (NPP) at Asylum Down, Accra to contest for the General Secretary position.

Addressing the party faithful’s Lawyer Frimpong Kodua said he is confident and convinced beyond measure that the wind of change blowing across the length and breadth of the country is unstoppable. 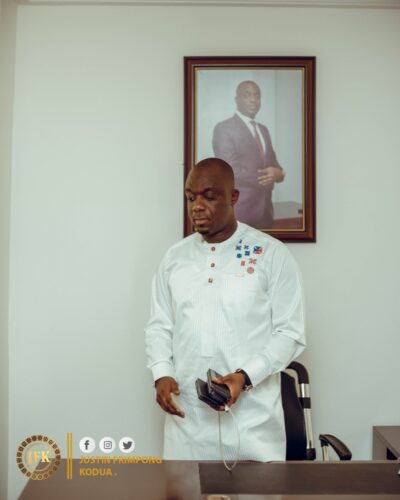 According to his flagship proposed intervention, which he has assured to roll out within his first 100 days in office as General Secretary, is the digitization of the administration of the party.

Lawyer Justin Frimpong Kodua, a spirited, enthusiastic and affable young man with innovative philosophies in modern party management and governance is self-assured to convert the administrative set-up of the NPP to make it work again. Justin Frimpong Kodua suggested that, breaking the 8-year jinx requires fresh ideas, and a united front to revitalize the party base. 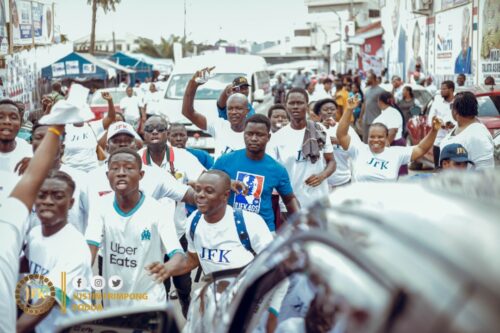 At around 10:30 am, loyal supporters who could be permitted by time and other circumstances had converged at the premises of the party office, Asylum Down, Accra. 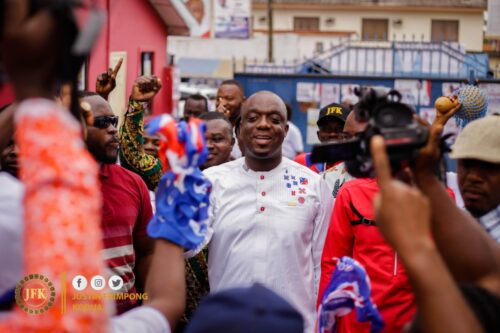 “The support was incredible! Since the official declaration of my intent to contest the General Secretary’s position in our party, I have been overwhelmed by the support given by my team and me, especially during our regional campaign tours” JFK said when addressing the media. 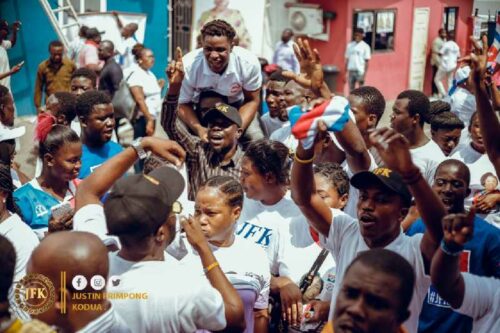 “I am very grateful to every supporter of my cause, home and abroad, and I continue to urge you never to give up until victory is achieved for our great party come July 16, 2022” he added. 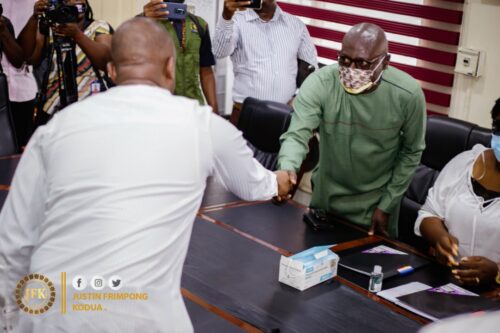 In all 50 aspirants, picked forms to contest in the party’s impending national elections by the close of nomination.