A pastor, 55, was detained after being accused of beheading his wife, Victoria Owusu, in Assin Bereku, Assin North District, Central Region.

The founder and senior pastor of the Truth Redemption Church in the Assin Bereku Community is Yaw Owusu.

Report indicates that the ladies went missing in the jungle on September 29, 2022, after she visited their cocoa farm with her husband. 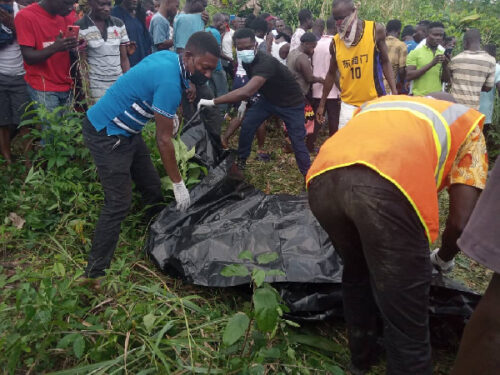 The suspect left the wife alone and went back home without telling anyone, including the police and local chiefs, about what happened.

Based on his contradicting assertions, the husband, pastor Yaw Owusu, was suspected by the Chiefs and Elders of the Assin Bereku of being involved in his wife’s disappearance.

In order to avoid the wrath of the enraged Youths in the Community, the Chiefs and Elders gave the Suspect to the Assin Bereku Police command.

Hundreds of irate youths from Assin Bereku surrounded the police station there, demanding the suspect’s release so they could deal with him. 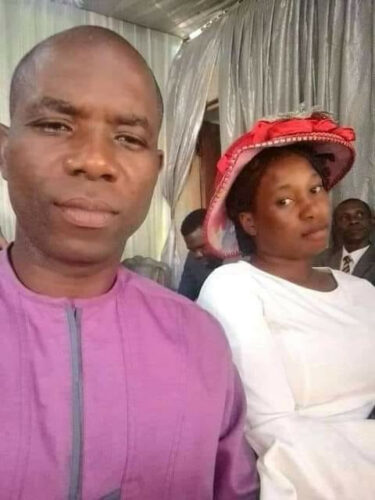 Deceased and husband picture above

The deceased’s remains has been placed in the mortuary of the Cape Coast Teaching Hospital.

The Assin Fosu Police are looking into the situation.

The deceased’s children are pleading with the Ghanaian police to ask the suspect for the head that is missing.

They stated they were not prepared to bury their mother without her severed head and demanded that the suspect be required to reveal where he had stored it.