In what is believed to be a string of ritual killings that have struck Wa, the capital of the Upper West Region, four dead have been found, and a thorough search is still on for three missing people.

Seven men, thought to be private security guards, have gone missing in mysterious circumstances since April of this year. However, a search team assembled by the Wala Traditional Council, with the assistance of the police, was able to locate four bodies with missing organs. 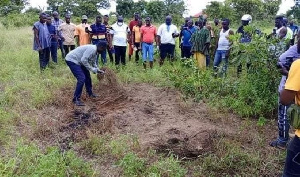 Last Monday, the final corpse—the one that was in the earliest stages of decomposition—was found in an unfinished structure close to the Social Security and National Insurance Trust (SSNIT) on the Wa-Kumasi route.

The heart, kidney, and genitalia had been removed, according to an inspection of the yet-to-be-identified remains. 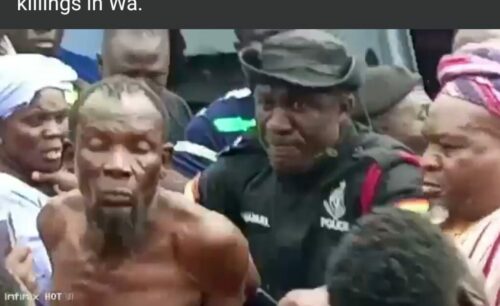 The third body was discovered in a little grave last Sunday.

According to a statement made by the police, the body was found in a shallow grave near Bamahu, a suburb of Wa, on September 18, 2022, according to Special Purpose Police Intelligence and Investigation teams working with members of the Wa community.

Seidu Baga, who went missing on September 16, 2022, was recognized by family members as the deceased.

Following demonstrations by locals demanding police action over the deaths, the Special Purpose Intelligence and Investigation team was sent by the Inspector General of Police (IGP), Dr. George Akuffo Dampare, to the municipality and left the bodies at the Upper West Regional Hospital mortuary.

A pathologist from the Authorities Hospital was reportedly traveling to Wa as part of the investigations, according to the police.