In partnership with the Ghana Police Service, the Youth Employment Agency (YEA) has begun the process of hiring 15,000 jobless Ghanaian youth nationwide to work as Community Protection Assistants (CPAs) (GPS).

This complies with the Agency’s mandate to provide jobs for the nation’s unemployed young and to support the Ghana Police Service’s preventative and social community policing efforts nationwide.

The Agency’s Chief Executive Officer (CEO), Mr. Kofi Baah Agyepong, who is pushing an initiative to make the Agency the hub of employment for all economic sectors, thinks that empowering young people through the development of temporary solutions, the encouragement of skill development, and entrepreneurship is a key strategy for lowering unemployment while ensuring economic growth.

To narrow down the initial pool of 5000 applicants for the module, the Agency started a national physical test exercise on Wednesday throughout all of the district offices of the nation. 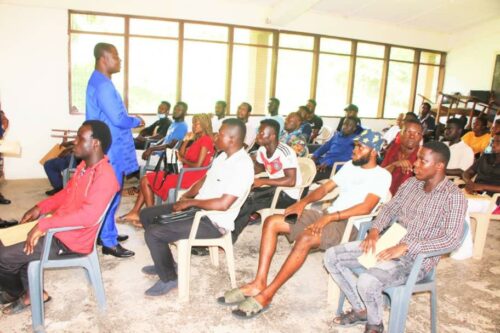 Numerous young people, both male and female, who had flocked to the YEA district offices in all Regions were observed having their heights, vision, and physical appearance evaluated, among other things.

This is a good time to get hired as a beneficiary of the Youth Employment Agency, according to the CEO, Mr. Kofi Baah Agyepong, who visited a few testing locations with some members of his Management team.

He promised the beneficiaries that they would always receive their stipends at the end of the month and that there might even be an increase.

What excites Mr. Agyepong and the beneficiaries the most is his dedication to making sure that the majority of the recipients are drafted into the mainstream Police service during their enrollment. 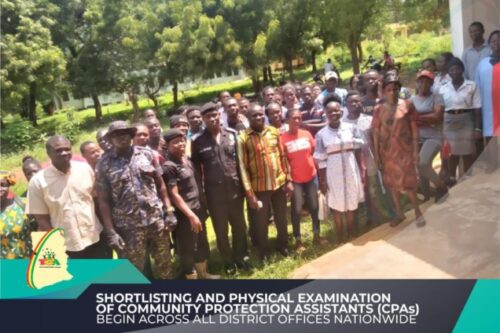 “You are undergoing screening for Body Selection and Physical examinations as part of the eligibility criteria for the recruitment exercise because, this time around we want to ensure that those of you who will perform will be absorbed into the Ghana Police Service as the official quota of the Agency”, Mr Agyepong told the potential beneficiaries.

For the 15000 selected applicants, a training program will be implemented in three steps after the screening process.

The Ghana Police Service will conduct the required three weeks of intense training at the several Police Training Colleges located throughout the nation for each phase’s batch of 5000 successful applicants.

Following the graduation of 6000 youngsters from the Community Health Workers (CHWs) module a fortnight ago, the recruitment of these 15000 Community Protection Assistants is taking place.

As CEO of the YEA, Mr. Agyepong placed the creation of sustainable programs and jobs at the top of his agenda. In particular, during this time of economic hardship, it is his vision to lighten Ghanaians’ burdens by generating a large number of jobs in order to support President Nana Addo Dankwa Akufo-one Addo’s million jobs agenda.

Additionally, he planned to work more effectively with the corporate sector to make YEA the focal point of job development in Ghana.

Previous “You cannot but admire the NPP”- Gabby Otchere-Darko tweets
Next If Mahama wins 2024 election, he will be the worst president ever, according to Hassan Ayariga