The Sekyere Maize Processing 1D1F was built over a period of about GH6.7 million, starting in January 2020 and ending in June 2022. 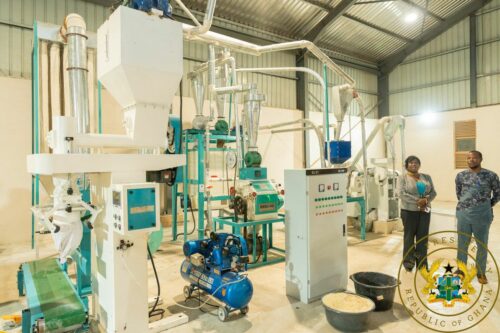 A maize drying plant and a grit milling machine are two of the processing equipment installed at the factory.

It has a mechanized borehole and a standby generator to provide water to the factory.

The factory also includes a warehouse, fully furnished staff offices, a conference room, a lab, and a canteen for the workers. 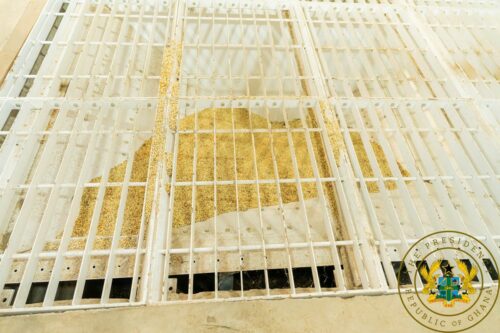 The Ministry of Trade and Industry (MOTI) provided seed finance for the establishment of the 1D1F Common User Plant (CUF), a farmer-owned agro-industrial processing facility, as part of the Rural Enterprises Program (REP).

Following a directive from the Ministry of Trade and Industry to realign the Rural Enterprises Programme to be congruent with the Government of Ghana’s Industrial Transformation Agenda, which is being executed by the Trade Ministry, the CUF 1D1F idea was developed in 2017. 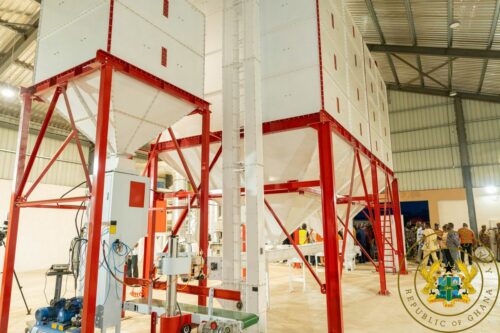 The Model aims to improve the capacity of farmers and other actors in the agricultural value chain who have limited or no financial resources to set up their own Common User processing facilities to process their farm goods.

The Trade Ministry requested funds from the African Development Bank (AfDB) to implement this innovative idea of creating CUFs in five (5) Districts, including the Sekyere Maize Processing facility, in response to this restriction.

These CUFs have been established in specific regions where farmers participating in the same commodity value chains lack the necessary processing infrastructure.

These CUFs have been established in specific regions where farmers participating in the same commodity value chains lack the necessary processing infrastructure.

The CUF 1D1F is owned by a group of maize farmers and other stakeholders with the following shareholding structure: 70% by Sekyere Central Union of Maize Producers Associations (Mother Association of all Maize Farmer Based Organisations in the Sekyere Central District of Ashanti); 20% by Ministry of Trade and Industry; and 10% by Traditional Council.

About 118 people are anticipated to be directly employed by the Sekyere Maize Processing Factory, including management professionals, factory floor workers, and plantation management staff who will operate on core maize farms.

More than 600 farmers from the Associations will also be hired directly as contract suppliers to the facility to provide maize.