A 42-year-old man was arrested at Ntobroso in the Atwima Mponua District of the Ashanti Region for drying cocoa beans in the middle of a newly constructed road, thanks to the efforts of Ashanti Regional Minister Hon. Simon Osei Mensah.

When Domonic Adu-boi refused to comply with the minister’s instruction to get the cocoa beans out of the center of the road on Tuesday, November 8, 2022, he was taken into custody. 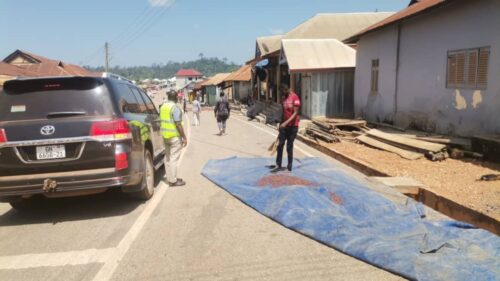 Dominic insulted the minister during a verbal battle with him after refusing to clear the beans.

When Hon. Simon Osei Mensah arrived in Ntobroso on his daylong tour of the Atwima Mponua District to check on the ongoing road construction by Sinohydro Construction Limited, he noticed some people drying cocoa beans in the middle of a recently built road. 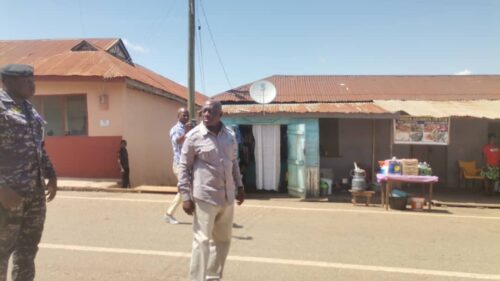 The Minister jumped out of his car and told the proprietors of the cocoa beans to remove it right now because he was furious with their behavior.

Dominic, the first person on the scene, started to inquire as to what power the Minister has to demand that they cease drying beans in the middle of the road. 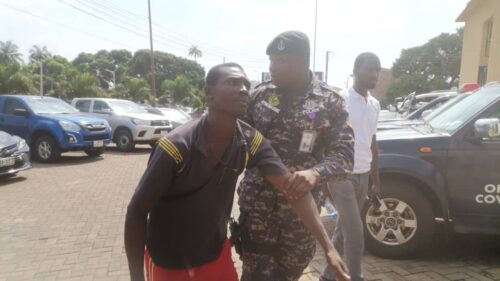 Dominic who is now at police custody at the Central Police Station used unprintable words for the minister and his entourage forcing the police officer guarding the minster to arrest and hand him over to police.

“Who are you to tell us not to dry cocoa in the middle of a road that belongs to all of us, what will you do if we say no?, Or you thing drying cocoa beans is the same as engaging in galamsey activities!!”.

“Even if you were to arrest me, i will go and come back to dry the beans here again” He said.

Dominic was ordered to apologize to the minister and his entourage as well as pack the cocoa beans by the local assembly member and a few opinion leaders, but he refused.

He was then taken into custody and delivered to the local police command for further action.