On the Central Region’s Cape Coast to Accra route, an accident near Gomoa Antseadze has claimed the lives of seven individuals.

Eight further victims, including an infant, were hurt in varying degrees and sent to Mankessim and St. Luke’s Catholic Hospital in Apam for care.

The driver of a Sprinter Benz bus with the license plate GW 7920-22 and the driver of another Sprinter bus were racing on the road, according to ACFO Ankomah Nuamah of the Apam District Fire Service. 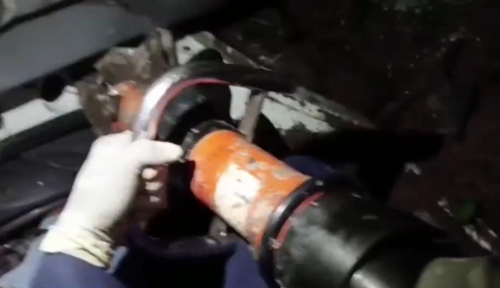 He said that during the race, one of the drivers lost control, leading the car to flip many times before striking a tree at the side of the road.

At 8am, a bystander who had seen the accident reported it to the Apam Fire Station. As a result, a rescue crew was sent to the spot, and survivors were extracted from the devastation.

Since then, the corpses have been given to the Ghana Police Service to be placed in a mortuary.

Four men and three women are among them.