Internationally recognized fact-checking group Dubawa Ghana has organized a two-day workshop to educate the media on fact-checking in Kumasi at Royal Lamerta Hotel in Ashanti Region.

The project is a component of initiatives to combat false information and disinformation and advance responsible journalism in Ghana’s media landscape. 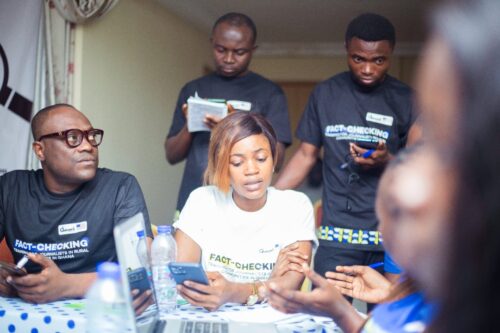 The project offers both new and seasoned journalists working in Ghana’s rural communities the chance to learn about and develop their fact-checking abilities. 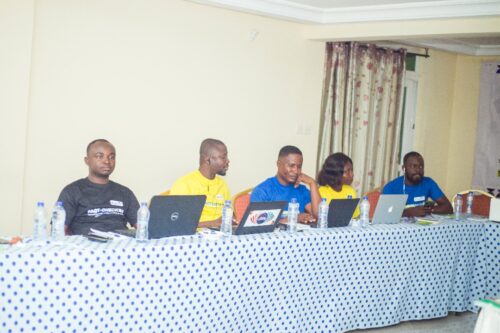 Dubawa grouped the 16 regions into 3 (Northern sector, Central and Southern sector) of which the first education was held in the Northern regional capital Tamale. The second section was hosted in the Ashanti with journalists from 5 other regions (Bono, Bono East, Ashanti, Central and Oti region).

The country lead who also doubles as the Deputy Editor for Dubawa (Ghana) Caroline Anipah urged the Journalists to do some cross-checks whenever they are doing publication. 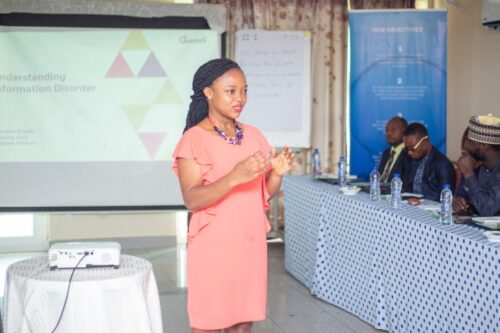 She disclosed that fake news publication peaked in 2016 during the United States of America (USA) general election and Ghana’s presidential election that saw president Akufo-Addo beating the then incumbent president John Dramani Mahama.

According to Ms Anipah increasing number of information disorders among journalists and media professionals in the nation, it was noted, underlined the necessity for the training. 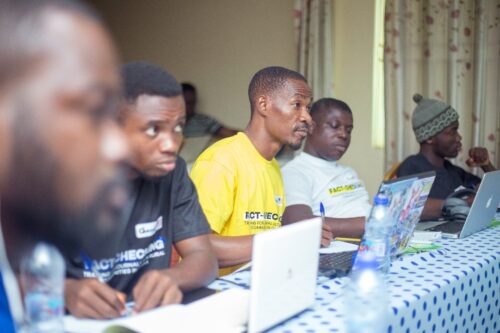 She continued by saying that in order to properly educate and inform the public, it was important to equip journalists, particularly those in rural areas, with fact-checking journalism in light of the concerns expressed about the rising levels of false misinformation, malinformation, and disinformation.

On the fact-checking process the media were educated to identify the claim, quotes from books, memos etc, anonymous claims, names of people, places, documents and links, tangible nouns, date and their interpretations. 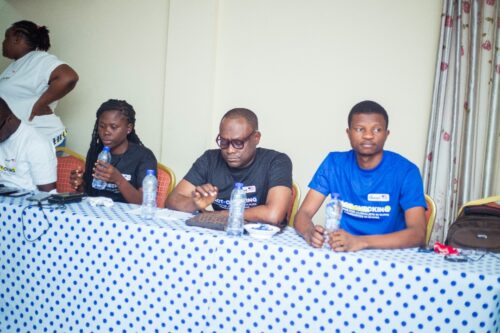 Ms Caroline Anipah urged the journalists of the traditional media to asked for source of claims from their panel so that producers can do some fact-checking through internet search, interviews, physical examinations, documents and other multiple sources.

She also advised media to focus on the public interest by using the primary source first before any other source. 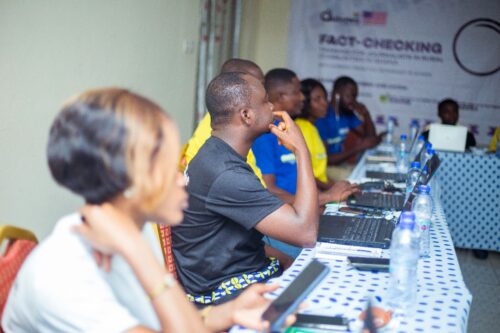 Private legal practitioner and also lecturer at the Ghana Institute of Journalism (GIJ), Zakaria Musah Tanko, advised the media to be familiar with the provisions of the Right to Information (RTI) Law as it is a useful instrument for obtaining information from public officials. 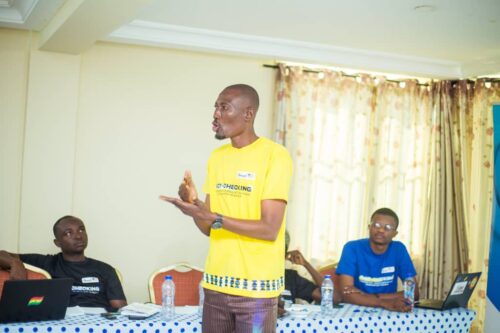 Lawyer Tanko took the participants through the process of acquiring information.

According to him in order to acquire information, you must to plan ahead to save time, submit multiple requests, write to the information officer or the designated officer and you must to mention where you derived your right from which is the Right to Information Law (Act 989). 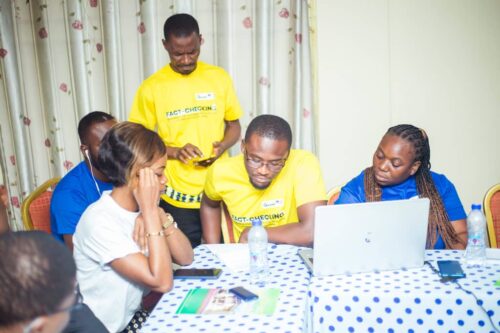 He urged the media to abide by the GJA code of ethics and make news out of the request made.

Dubawa Ghana’s programme Officer and country lead Roselena Ahiable took the participants through the technical aspect of how to detect fake videos and images. 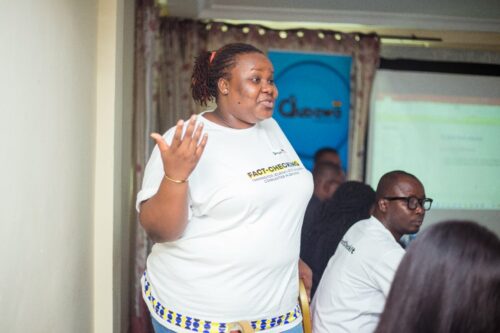 Ms Ahiable said the media should always consider the source of the news,read beyond,check the author,supporting sources,the by lines etc in order to spot fake news.

In order to promote a culture of truth in public debate, public policy, and journalistic practice, the Centre for Journalism Innovation and Development (CJID) launched the DUBAWA initiative in West Africa. It is sponsored by the region’s most powerful newsrooms and civic organizations.