“Education must remain a priority for global development” – President Akufo-Addo

The United Nations Educational, Scientific, and Cultural Organization (UNESCO) Member States have been tasked by the President of the Republic, Nana Addo Dankwa Akufo-Addo, to guarantee that education is a top priority on all nations’ common development agendas.

President Akufo-Addo requested the cooperation and support of UNESCO in order to “work towards developing sustainable homegrown financial solutions, so we can develop the educational system for the future we want in our various countries” as the recently appointed Domestic Financing champion of the Global Partnership for Education. 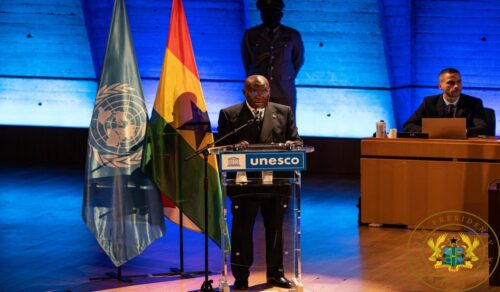 The President stated that the world does not have the luxury of picking and choosing which crises it wishes to address while addressing the 215th Meeting of the Executive Board of UNESCO on Monday, 10th October 2021 in Paris, France. 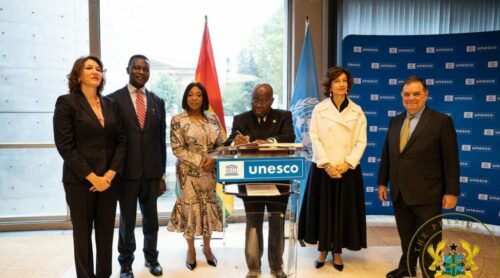 However, President Akufo-Addo pointed out that as a result of the volatility in the world, domestic budget priorities have become more competitive, and development assistance to the education sector is under intense pressure.

According to him, “Countries actually cut back on their spending on education after the start of the COVID-19, and at the same time, bilateral donors’ direct aid to education fell by about $359 million, which is not consistent with the Addis Ababa Action Agenda’s goals for financing sustainable development and the SDGs. 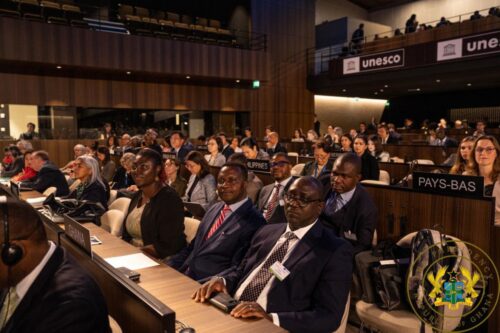 Despite these difficulties, President Akufo-Addo praised UNESCO for taking the lead in ensuring the success of the Transforming Education Summit, which took place in September this year alongside the UN General Assembly. 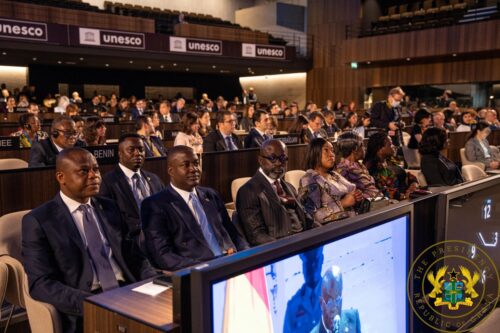 The President stated that the Transforming Education Summit and, in fact, the pre-summit held here in Paris, were extremely successful in getting the world to reflect deeply on the trajectory of educational systems and how to address the challenges of our time. This was made necessary by the seminal “Futures of Education” report from UNESCO.

Touching on Global Priority Africa Programme, which has been adopted by the UNESCO General Conference at its 41st Session, President Akufo-Addo was delighted that UNESCO has made Africa a Global Priority, and was delighted to see UNESCO’s flagship programmes as being relevant to achieving the objectives of the Africa Union’s Agenda 2063, i.e. “The Africa We Want”.

He also urged UNESCO’s Executive Board to help win the fight against Climate Change, especially as the planet is heading towards a dangerous tipping point as a result of climate change. 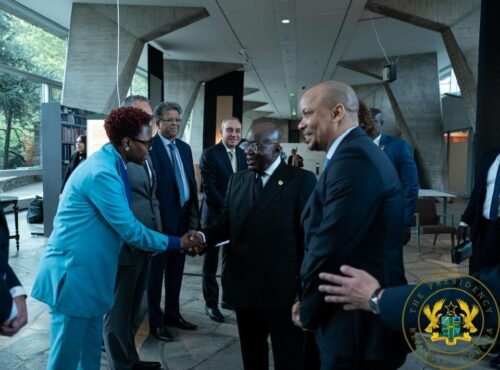 In furtherance of this, he commended UNESCO for the effort to strengthen the “Man and Biosphere Programme”, whose goal is to help protect nature and biodiversity loss globally, through the Biosphere Reserve Concept.

“I urge UNESCO Member States to strengthen measures, at their respective national levels, that recognise formally the contribution of Biosphere Reserves, and designate more biosphere reserves and geoparks as a sure way for solving the climate crisis”, he added. 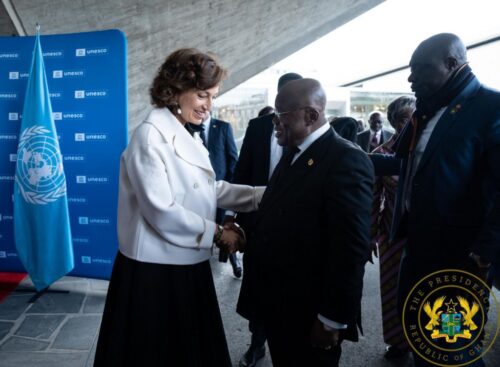 This, he stated, is an acknowledgement of the giant strides Ghana and Africa are making in developing Ghana’s book and creative arts industry.

“The year-long programme to celebrate this honor done us by UNESCO will commence from 23rd April 2023, which is celebrated globally as the World Book and Copyright Day. I wish to use this opportunity to invite you all to join Ghana in this year-long celebrations,” the President added.