One of the subchiefs of Barima Osei Hwedie II, the chief of the Ejura Traditional Area, was removed from office for reportedly helping several nomadic herders carry out violent robberies in the region.

Following the murder of a police constable in the neighborhood by some suspected armed robbers on Sunday, November 27, 2022, Miminaso No. 2’s chief, Nana Obri Yeaboah, was removed from office.

Ejurahene Barima Osei Hwedie II asked for an emergency meeting with security agencies, chiefs, and inhabitants of Miminaso Nos. 1 and 2, where armed robberies have been widespread recently, as part of measures to restore order in the region following unchecked armed robbery incidents. 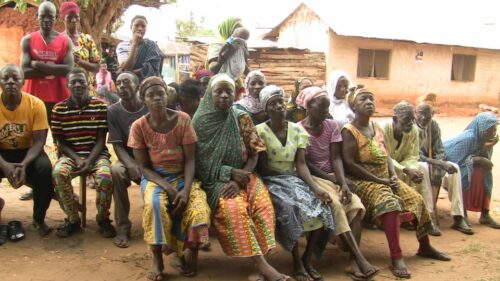 Some locals blamed the normadic herders for orchestrating these robberies during a public discussion.

During the forum, a youth from Miminaso No2 (name withheld) claimed that he had encountered some of these herdsmen who were concealing themselves in a forest with AK-47 rifles. He added that after alerting the community’s chief and some influential figures, they chose to ignore the situation rather than take any meaningful action. 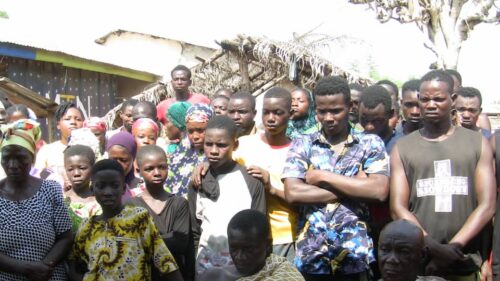 “One of these normadic herdsmen men brought his mobile phone for me to charge , i saw a video him and three others holding AK47 gins  in a bush, i later saw them in my farm after some months holding the same guns, i informed the authorities in the community but they failed to act upong it”

Although given the chance to explain himself at the public meeting, Nana Obri Boahen, who had maintained there were no herdsmen of the usual kind living in the village, chose not to do so.

Despite their chief’s claims, several of locals confirmed the existence of the nomadic herdsmen and their brutal attacks. 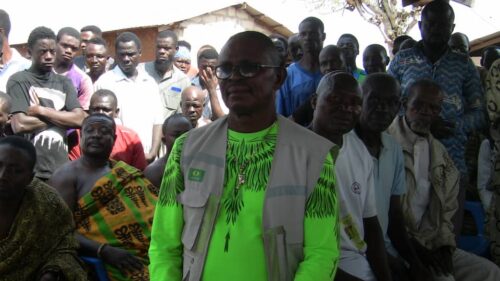 Because Nana Obri Boahen had lied to the traditional authority about the presence of these herdsmen and failed to report their dishonest activities in the community to the traditional council, Ejurahene Barima Osei Hwedie II, who had instructed the chief not to entertain or grant lands to these nomadic herdsmen, ordered his team to remove him.

He subsequently handed the community to the Assembly member of the area, the Zongo chief and the Chief Imam to take over the affairs of the area until a new chief is enstooled.

Some residents of Miminaso No2, after the incident jubilated their chief was depose from office.

They hailed Ejurahene Barima Osei Hwedie II over his concrete efforts to protecting  them from the armed robbers and pledgef to support the move.

To assist prevent these alleged armed robbers from murdering them, they nonetheless pleaded with local authorities to step up patrols in the area.

One individual has been detained by the police on suspicion of planning the murder of a 29-year-old police constable at Miminaso No2 in the Ashanti Region’s Ejura-Sekyedumase Municipality.

The suspect’s current run-away accomplices are being sought by authorities for the murder.

The victim was attacked on November 25, 2022, on the Ejura Nkoranza road between Miminaso No. 2 and Nyamebekyere by the culprit, Salifu Adams, and his band of thieves.

The deceased’s name has been suppressed by the police until his family has been properly informed of his passing.