Griezmann returns to Atletico Madrid on a permanent deal

Antoine Griezmann, a forward for France, has been re-signed by Atletico Madrid from Barcelona on a deal that runs through 2026.

When Griezmann signed with Barcelona for £108 million in 2019, he rose to the sixth-most expensive player in history.

In 102 games for Barcelona, he scored 35 goals, but his only trophy at the Nou Camp was the Copa del Rey.

Griezmann first went back to Atletico during a time when Barcelona was trying to reduce their salary expenditure due to debts totaling $1.15 billion. 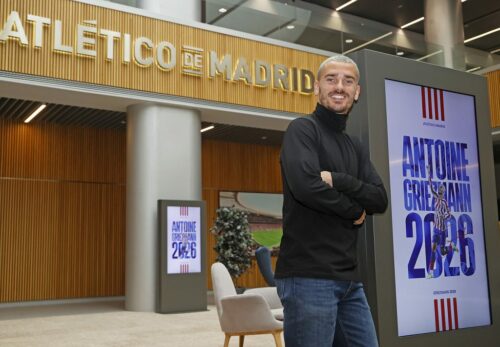 In 11 games thus far this season, the 31-year-old has scored three goals and provided two assists, but only three of those outings have been starts.

Griezmann’s loan agreement had a clause requiring Atletico to purchase the forward for 40 million euros should he play more than 45 minutes in more than 50% of their matches, according to Spanish football reporter Guillem Balague.

To prevent that option from being activated, Atletico manager Diego Simeone has substituted Griezmann after 60 minutes in eight of his 11 games this season.

Griezmann might play against Club Brugge in the Champions League on Wednesday for the first time since becoming a permanent member of Atletico Madrid.

The World Cup champion from 2018 is the club’s fourth-highest scorer with 144 goals in 304 games over two stints after joining from Real Sociedad in 2014.

During his tenure at Wanda Metropolitano, he won the Europa League, Spanish Super Cup, and Uefa Super Cup.