According to a statement from the Football Association, the Ghana FA has awarded all prizes to winners of the various categories for the 2021/22 football season.

In addition, the three clubs who placed second in zones one, two, and three in the Access Bank Division One League each received prize money.

The breakdown is as follows: 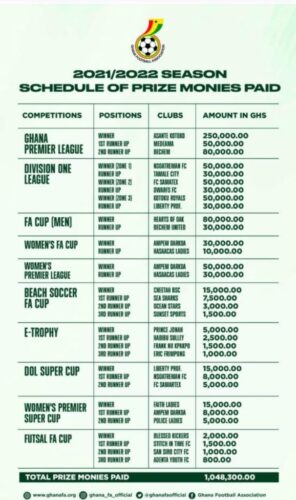