The Inspector General of Police (IGP) Dr George Akuffo Dampare has responded to the British High Commissioner, Harriet Thompson, over her comments in relation to the arrest of the convener of the FixTheCountry Movement.

The reply was in reference to the High Commissioner’s tweet over the arrest of convener of the #FixTheCountry movement, Oliver Barker-Vormawor, over a vehicular traffic offence.

The IGP called on the British High Commissioner to Ghana to desist from meddling in the internal affairs of Ghana.

Madam Harriet Thompson, in a Tweet on Tuesday, May 17, after the recent arrest said she looks forward to seeing how the arrest of the convener of the FixTheCountry Movement will turn out.

“For the moment, we would recommend a Ghanaian saying that might guide you in your diplomatic engagements. The saying goes – “di wo fie asem – it means learn to keep within the limits of what concerns you”, the conclusion of the letter said. 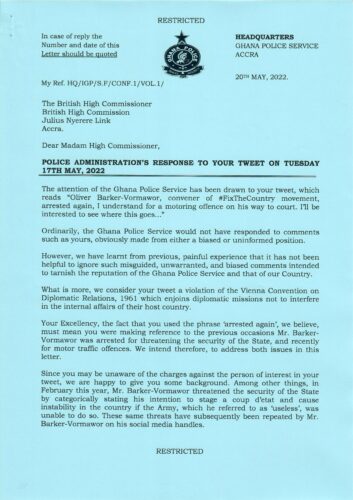 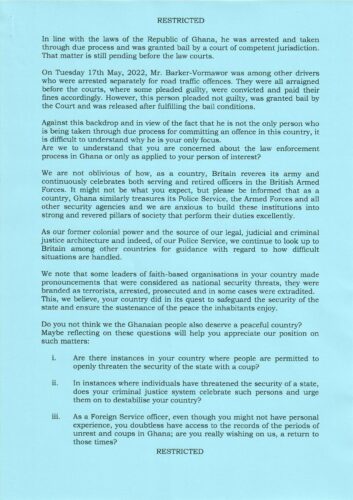 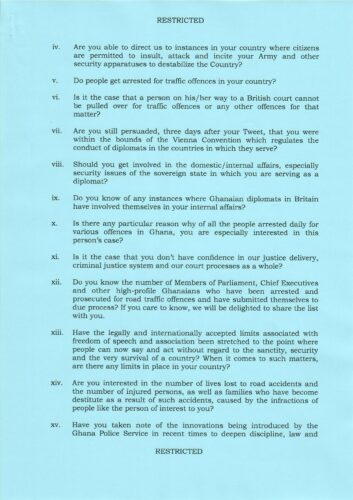 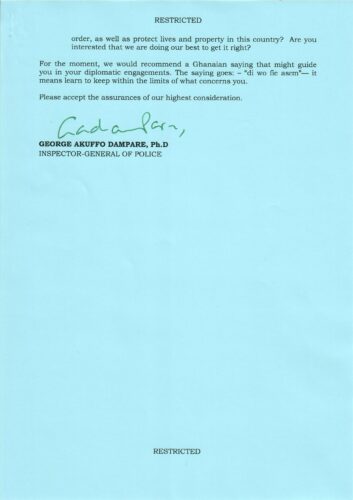 Previous There is no upsurge in crime – Ghana Police reacts to Ghana Bar Association
Next I paid each delegate GHC 1,000 but I got only 20 votes -Asare Bediako