“There is no Upsurge in Crime; We are on top of the Security Situation” Ghana Police has stated in their press statement in reaction to a statement issued by the Ghana Bar Association over a murder of a lawyer.

The Police says the claims are untrue because the security in the country is under control, adding that the Police “remains committed to its crime-fighting efforts.”

In a statement signed by the National President of GBA Lawyer Yaw Acheampong Boafo and the National Secretary Kwaku Gyau Baffour had said there was an increasing spate of armed robbery and other violent crimes in the country following the killing of one of its members, Richard Badombie, by armed men in the Savannah Region last Saturday.

But the police service, in sharp rebuttal, said it remained ever ready to fight crime

“We fight crime every day and treat crime with the same urgency and same professional attitude, and we regret the loss of every life”, the police added in a statement. 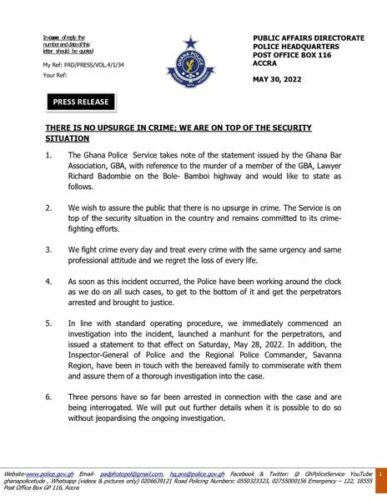 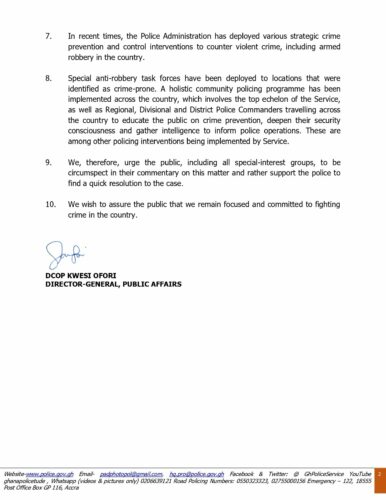