Hopeson Adorye, a former candidate for the Kpone-Katamanso Constituency, and Ekow Vincent Assafuah, a member of the Old Tafo Constituency, have been called to testify before the NPP’s National Complaints Committee.

Despite a previous warning for party members to refrain from campaigning for presidential and parliamentary candidates, the two are alleged to have violated the party’s code of conduct.

In the instance of Ekow Vincent Assafuah, it is claimed that he uttered various things in an effort to support one of the Party’s presidential candidates.

Hon. Assafuah openly maintained his position despite being reminded by the interviewer on Oyerepa FM that his announcement of support for a presidential candidate breached the Party’s Code of Conduct for presidential and legislative primaries.

In connection with a health walk known as the “Aduru Wo So” Health Walk, Hopeson Adorye was also called.

According to the statement, the event broke the party’s code of conduct since several attendees identified themselves as members of a particular political party.

The event’s keynote speaker, Hopeson Adorye, is alleged to have stated things in an effort to split the party. 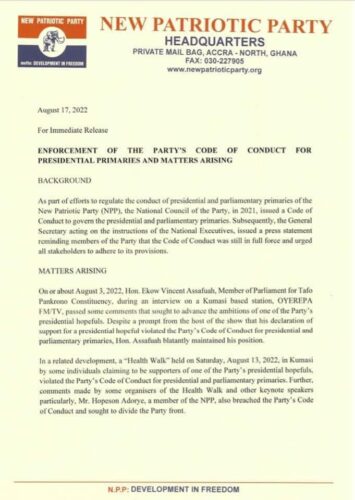 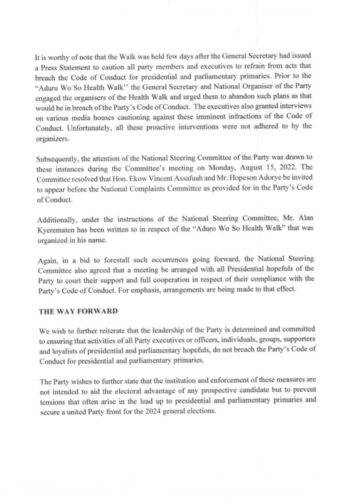 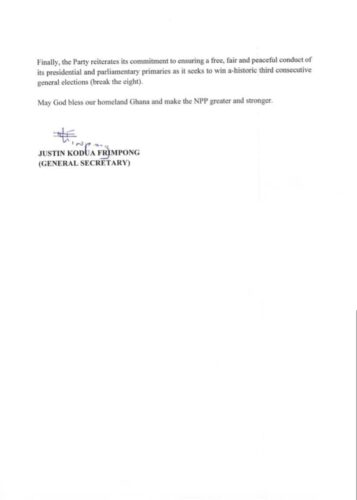