The only candidate for Vice Chairman of the Commonwealth Parliamentary Association is Hon. Osei Kyei-Mensah-Bonsu, Majority Leader of Ghana’s Parliament and Minister of Parliamentary Affairs.

Ghanatodayonline.com learned that the seasoned legislator and politician was selected as the sole candidate by the Executive Committee yesterday, August 24, 2022.

Today, August 25, 2022, at the plenary session of the ongoing 65th Commonwealth Parliamentary Conference, he will be officially confirmed for the role.

The legislator expressed hope that by speaking up in the Commonwealth parliament, the conference would recognize Ghana’s great contribution.

” I guess they have all appreciated Ghana’s contribution by my interventions. The result is that, by unanimity, the Executive Cttee has resolved to put me up as the sole candidate for the Vice Chairmanship of the Commonwealth Parliamentary Association. It will be done tomorrow at plenary.” 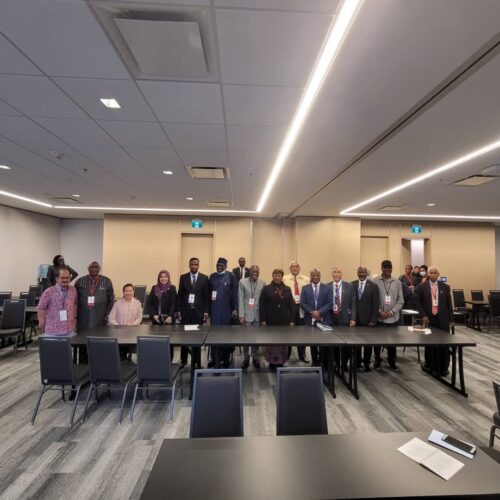 A UK MP named Hon. Ian Liddell-Grainger was also chosen as the group’s sole chairman in a related move.

If elected, the two legislators would collaborate and manage the business of the Commonwealth Parliament.

The CPA UK Branch Executive Committee is presided over by the UK MP.

CPA Africa Region leaders meeting with their Malaysian counterparts. The CPA is preparing to move its headquarters from London to Kuala Lumpur, Malaysia because of certain intrigues by UK hence this preliminary meeting.

Previous Since NPP took office, the number of doctors in Ashanti Region has risen by 93% – Simon Osei Mensah
Next President Akufo-Addo begins 2-day tour of the Savannah Region