At the invitation of Ban Ki-Moon, the eighth Secretary-General of the United Nations and the chair of the board of the Global Centre of Adaption (GCA), Nana Addo Dankwa Akufo-Addo, the President of the Republic, left Ghana on Saturday, September 3, to attend the African Adaptation Summit, which will take place today Monday, September 5, 2022, at the GCA Headquarters in Rotterdam, the Netherlands.

The summit is anticipated to increase funding and support for the continent’s premier Africa Adaptation Acceleration Program (AAAP).

By securing $25 billion in investments by 2025 for climate adaptation in food security, resilient infrastructure, adaptation jobs, and climate finance, the initiative is bringing the Africa Adaptation Initiative’s vision to life. 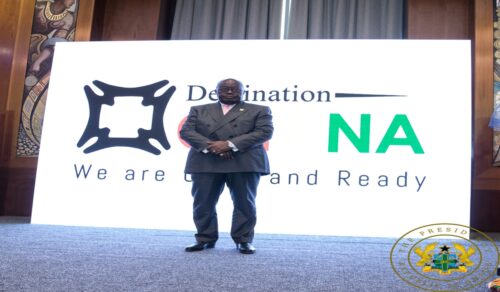 President Akufo-Addo will travel to the Netherlands for a working visit from September 6 to September 7 at the invitation of His Excellency Mark Tutte, the Prime Minister of the Kingdom of the Netherlands. While there, he will hold bilateral talks with his Dutch counterpart to further their mutually beneficial cooperation.

The President will take part in a high-level celebration of the third International Day to Protect Education from Attack.

It will take place in Paris, France.

On Saturday, September 10, 2022, President Akufo-Addo will return to Ghana. In his absence, Vice President Alhaji Dr. Mahamudu Bawumia would preside over the country in accordance with Article 60(8) of the Constitution.