Argentina defeated Poland in the second half, 2-0, to progress to the round of 16 of the 2022 World Cup. Despite the loss, Poland still advanced as Group C runners-up.

Lionel Messi also missed a first-half penalty for Argentina, which Poland had began the day as the section leader.

Poland only managed to equal for first place with France on goal differential after Mexico’s 2-1 victory against Saudi Arabia in the section’s other match.

Argentina, who won Group C, will face Australia in the round of 16.

Argentina controlled the first half, with Messi nearly scoring twice in the first ten minutes.

They had trouble producing clear opportunities, though; Marcos Acuna missed a shot just before the half-hour mark, and Wojciech Szczesny stopped Alvarez from scoring.

After a VAR review, the goalie was found to have fouled Messi from the next cross, but he atoned for his error by diving to his left and raising his right hand to save Messi’s penalty. 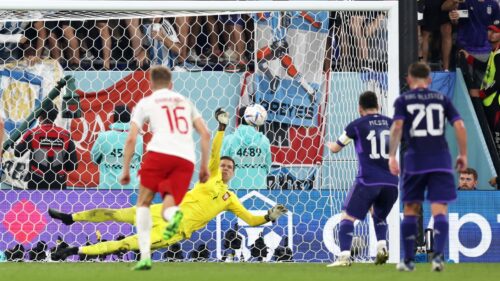 However, Argentina did not have to wait long for a breakthrough as Nahuel Molina’s cutback from the right was superbly turned in by Mac Allister for his maiden international goal 60 seconds into the second session. 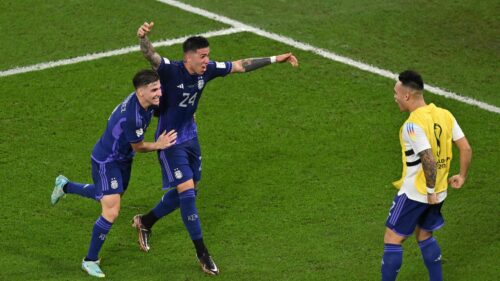 Poland attempted to respond quickly, as Kamil Glik dragged a header agonizingly beyond the post. However, Argentina appeared more likely to score next, and they did it in the 68th minute when Alvarez collected a feed from Enzo Fernandez and found the back of the net. 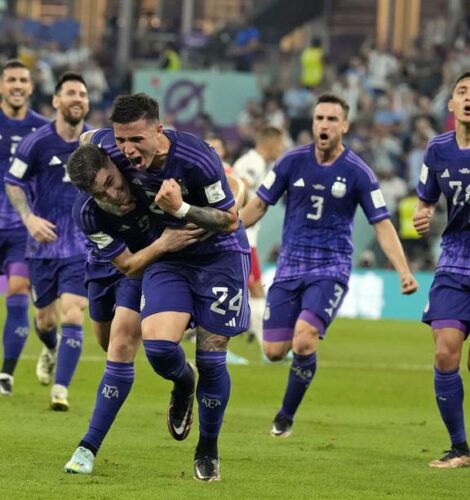 They were lucky not to lose again when Jakub Kiwior’s careless ball let Lautaro Martinez through only for the replacement to dribble his effort wide. Messi and Alvarez both came within a whisker of adding a third goal as Poland were unable to produce any form of attacking threat.

In extra time, the center defender headed Nicolas Tagliafico’s chip off the line, which was critical for Poland.